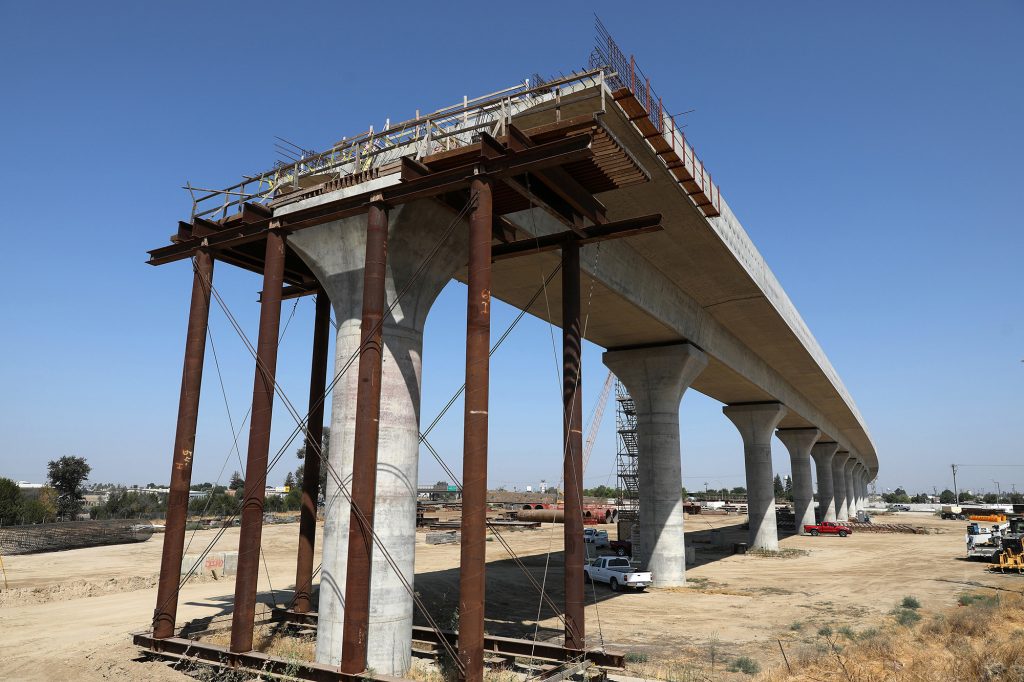 The move marks an escalation in the war of words between President Donald Trump and California in the days since Gov. Gavin Newsom announced a rethinking of the bullet train project after years of cost overruns.

The Transportation Department also announced it was “actively exploring every legal option to seek the return from California of $2.5 billion in federal funds.” It’s unclear whether it has the legal authority to do so, and California would likely oppose such moves.

Newsom said a week ago in his State of the State address that the $77 billion project needed to be rethought and that the initial run would be in the Central Valley, not the San Francisco-to-Los Angeles route voters approved a decade ago.

In the hours that followed Tuesday’s speech, Trump demanded California return $3.5 billion in federal stimulus funds, and headlines proclaimed the Democratic governor was abandoning the ambitious project championed by his predecessors – a story line that Newsom asserted is “completely made up” and one that his team has scrambled to walk back.

Newsom insisted the full project would eventually be completed but he said changes were needed.

“But let’s be real,” Newsom said to lawmakers gathered for the State of the State speech. “The current project, as planned, would cost too much and, respectfully, take too long. There’s been too little oversight and not enough transparency.

“Right now, there simply isn’t a path to get from Sacramento to San Diego, let alone from San Francisco to L.A.,” Newsom said. “I wish there were. However, we do have the capacity to complete a high-speed rail link between Merced and Bakersfield.”