Israel Radio Host to Smotrich: Unite, Or It’s the Unemployment Line for You
Israel 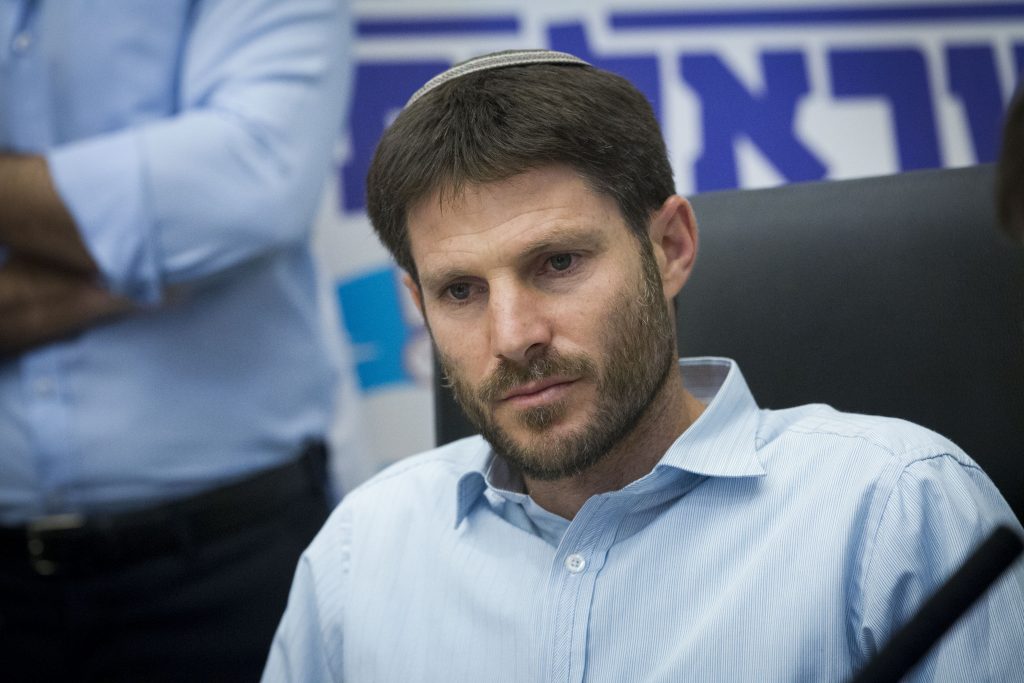 With the deadline for the final presentation of party lists to the Central Election Committee just days away, last minute jockeying between parties is intensifying, especially among religious right parties. Prime Minister Binyamin Netanyahu, it has emerged, has been communicating with all four of the religious right parties – National Union, Jewish Home, Otzma Yehudit and Eli Yishai’s Yachad – urging them all to join together in a single list that would help him form a government.

In a statement Monday, the Likud urged Jewish Home, which over the weekend closed a deal with National Union, to close a deal with Otzma Yehudit, headed by former MK Michael Ben-Ari and attorney Itamar Ben-Gvir. “As Tזipi Livni withdrew from politics so as not to split votes on the left, and Benny Gantz is working to form a union with Orly Levy’s Gesher so as not to lose votes on the left, Jewish Home and National Union must show responsibility and unite all the forces on the right.”

In response, Jewish Home said that if the issue was so important to the Likud, “the Prime Minister, Naftali Bennett and Ayelet Shaked should show responsibility at this critical moment and include Otzma Yehudit in their list.” The Likud answered by saying that Jewish Home “knows very well that polls prove that adding Otzma Yehudit to the Likud does nothing to increase votes, but including it in the Jewish Home-National Union party adds significantly to the vote count.”

A poll by the Serugim site confirms this. According to the poll, based on a sample of Israelis who defined themselves as Religious Zionists, 81 percent said they were in favor of a single list that included all four parties, with Yishai’s added on. 78 percent of the respondents said they would vote for such a party. But if the parties do not unite, 59.3 percent said they would not vote for any of the parties, including Jewish Home/National Union. Other polls in recent days have shown that a union of all four parties could yield as many as 13 seats, while the two parties running without Ben-Ari and Yishai would get 5 or 6 seats, with some polls showing the parties failing to make the electoral threshold.

In what was perhaps an indication of how emotional the issue has become, a broadcaster on Galei Yisrael radio Tuesday outright threatened National Union head MK Betzalel Smotrich with “a place on the unemployment line” if the four parties did not unite. The broadcaster Yossi Davidov, made the comments on the morning program of the station, which is geared to Religious Zionist audiences.

Smotrich and Ben-Ari have blamed each other for the failure to bridge the gaps between the parties. Davidov said that it was Smotrich, as the “older brother” already in the Knesset, to make the first move. “I have gotten thousands of comments calling the Jewish Home/National Union campaign a ‘fake campaign,’ he said. “Listen well,” he said in remarks directed as Smotrich. “If by Wednesday night you and Jewish Home head Rafi Peretz do not come to a deal with Otzma Yehudit, I, and others as well, will do everything possible to ensure that you end up on unemployment line, even at the price of a leftist government. We will do everything to get rid of you.”