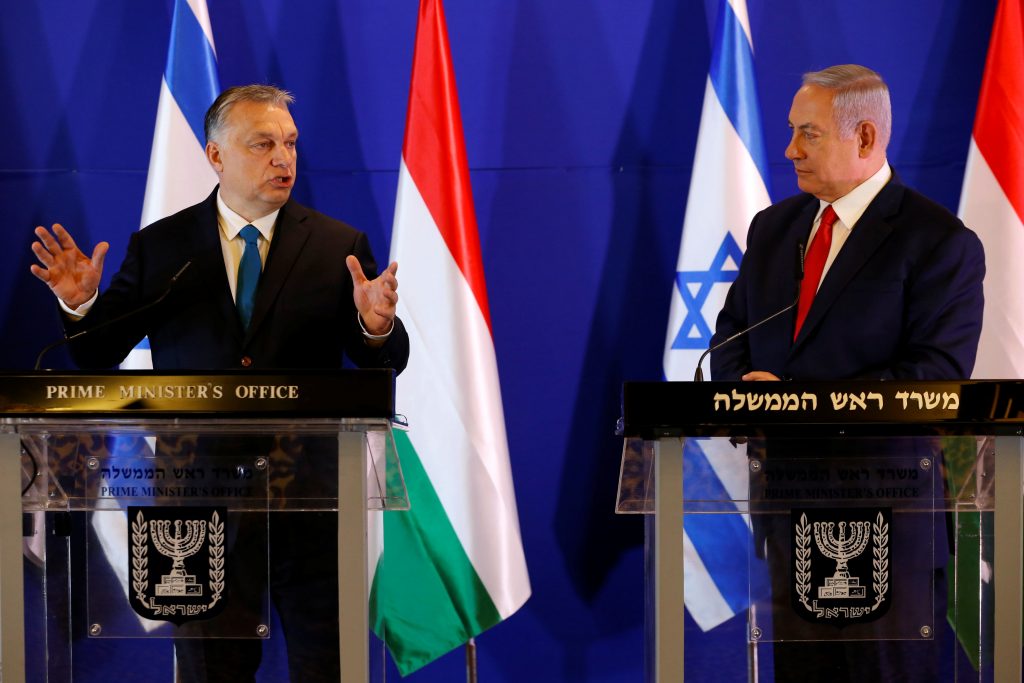 Hungarian leader Viktor Orban urged Poland and Israel on Tuesday to resolve their dispute over accusations of Polish complicity in the Holocaust, making the appeal in Jerusalem after Warsaw pulled out of a planned Israeli-hosted summit.

The Hungarian prime minister and counterparts from Slovakia and the Czech Republic held back-to-back talks with Prime Minister Binyamin Netanyahu in lieu of the formal gathering of the central European Visegrad Group (V-4) of countries that also includes Poland.

Poland withdrew from the summit after Israel’s Acting Foreign Minister Yisrael Katz said on Monday that “many Poles” had collaborated with the Nazis in World War II and shared responsibility for the Holocaust.

“When you have two friends having discussions with each other the only hope you can have is that they will talk directly with each other and improve the situation. That’s my hope also.”

Netanyahu, who was standing at the podium with Orban when the question was asked, did not respond directly, saying only that the Hungarian leader was a “superb diplomat.”

The diplomatic row has been escalating since Friday, when some Israeli media reported remarks by Netanyahu in which he appeared to accuse the Polish nation of involvement in the Holocaust.

Netanyahu’s office said he had been misquoted in his response to a reporter’s question during a visit to Warsaw about Polish legislation related to Holocaust remembrance, and that he had not cast any blanket blame.

Many Poles refuse to accept research showing thousands of their countrymen participated in the Holocaust in addition to thousands of others who risked their lives to help the Jews.

Tensions between Israel and Poland also rose last year after Poland introduced new legislation that would have made the use of phrases such as “Polish death camps” punishable by up to three years in prison.

After pressure from the United States and an outcry in Israel, Poland watered down the legislation, scrapping the prison sentences.