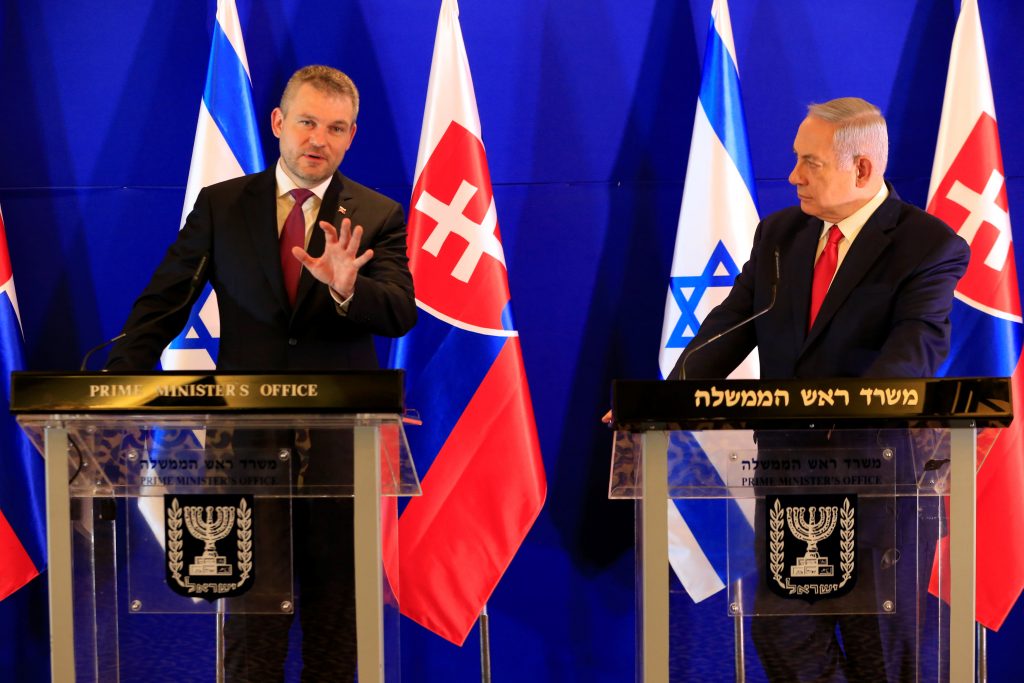 Prime Minister Binyamin Netanyahu met on Tuesday with Slovak Prime Minister Peter Pellegrini in Yerushalayim and congratulated him on his country’s upcoming opening of a new information, culture and innovation center in Jerusalem, a possible precursor to the relocation of Slovakia’s embassy to the capital.

“I’m absolutely delighted with your decision to open your cultural and innovation center in Jerusalem and send a diplomat for that,” Netanyahu told Pellegrini during a joint press conference.

He further expressed his hope that “this will be the first step toward opening a Slovak Embassy in Jerusalem, but we’ll have time to talk about that.”

The U.S. and Guatemala have relocated their embassies to Israel’s capital.

The U.S. in May became the first country to move its embassy to Yerushalayim, following President Donald Trump’s December 2017 recognition of the city as Israel’s capital.

Brazil was the most recent country to announce that it planned to make a similar move.