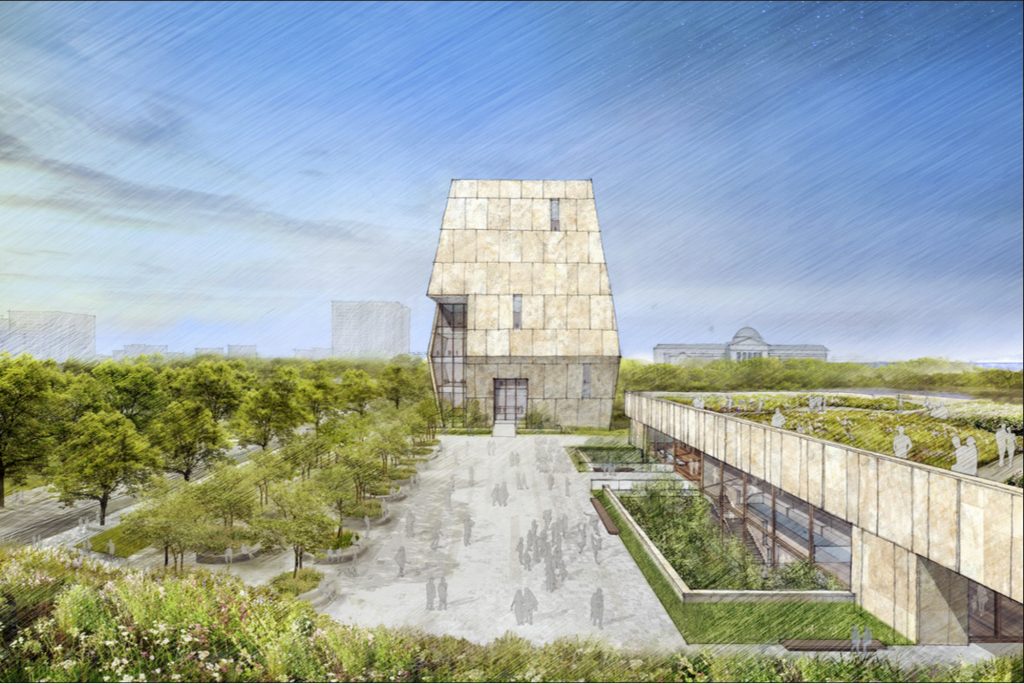 A federal judge Tuesday gave the green light to a parks-advocacy group’s lawsuit that aims to stop for good the delayed construction of former President Barack Obama’s $500 million presidential center in a Chicago park beside Lake Michigan.

Supporters of the project had hoped the court would grant a city motion to throw out the lawsuit by Protect Our Parks, some fearing any drawn out litigation might lead Obama to decide to build the Obama Presidential Center somewhere other than his hometown.

Judge John Robert Blakey heard arguments last week on the city’s motion to dismiss. Blakey did toss parts of the suit in his Tuesday ruling, but concluded the group has standing to sue because it represent taxpayers with concerns that providing parkland in the public trust to the Obama center violates their due-process rights.

Blakey’s ruling doesn’t mean the group will necessarily prevail in the end, but confirms that the suit poses a formidable threat to the project. The judge indicated that he doesn’t want the litigation to drag out, and that he would strictly limit any fact-gathering leading up to trial to 45 days.

Plans call for the center to be built in Jackson Park, which was named after President Andrew Jackson and was a site for the Chicago World’s Fair in 1893. The site, seven miles south of downtown Chicago, is near low-income neighborhoods where Obama worked as a community organizer and is just blocks from the University of Chicago where Obama was a law professor. It is also close to the home where the Obamas lived until he won the presidency in 2008.

The center was originally slated to open in 2021, though ground hasn’t yet been broken because of the lingering litigation.

In its 2018 suit , Protect Our Parks accused the city of illegally transferring park land to a private entity, The Obama Foundation, effectively “gifting” prized land to a Chicago favorite son. The group said city officials manipulated the approval process and tinkered with legislation to skirt long-standing laws designed to ensure residents have unobstructed access to lakeside parks.

“Defendants have chosen to deal with it in a classic Chicago political way … to deceive and seemingly legitimize an illegal land grab,” the lawsuit says.

To make the park available for the project, the Chicago Park District first sold the land to the city for $1. Illinois legislators amended the state’s Illinois Aquarium and Museum Act to include presidential libraries as an exception to the no-development rules if there’s a compelling public interest. The Chicago City Council approved the project by a 47-to-1 vote last May.

The Obama Foundation, a private nonprofit, would pay $10 to the city for use of the park land for 99 years, cover the costs of building the complex and be responsible for covering operating costs for 99 years. Once built, the Obama Presidential Center’s physical structures would be transferred to the city for free, meaning the city would formally own the center but not control what happens there.

“They are essentially giving [property] to Obama … for 10 cents a year for 99 years,” parks advocacy lawyer Mark Roth said Thursday.

City lawyers conceded Thursday that Chicago would pay an estimated $175 million to reconfigure roads to manage traffic around the center.

The lawsuit also claims that the center would interfere with migrating butterflies and birds.

The center would comprise 20 acres (8 hectares) of the 500-acre (202-hectare) park. Its centerpiece would be a 225-foot (69-meter) museum tower, surrounded by a cluster of smaller buildings, including a 300-seat auditorium.

Backers estimate it would create 5,000 jobs during construction and over 2,500 permanent jobs. An estimated 760,000 people could visit each year.