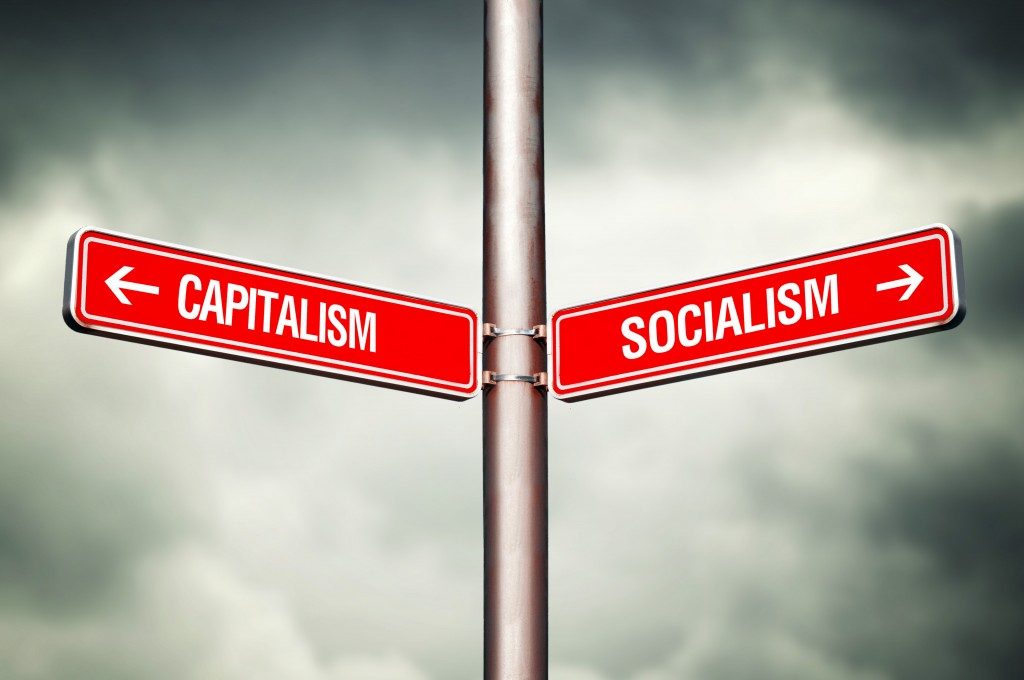 Back in 1947, a public relations firm called Whitaker and Baxter, hired by the American Medical Association, created a term to disparage President Harry Truman’s proposal for a national health-care system.

It was a stroke of PR genius, at the dawn of the cold war between the U.S. and the communist Soviet Union, when many Americans feared communist infiltration of the republic, to label Truman’s plan for universal health care “socialized medicine.” Nearly 30 years after the fall of the Soviet Union, the phrase endures, along with at least some of the accompanying disdain it was designed to evoke.

The A.M.A. ran with the medicine ball and distributed posters to doctors with slogans like “Socialized medicine … will undermine the democratic form of government.”

Fast-forward seven decades. Universal health care is shaping up to be one of, if not the, defining issues of the 2020 presidential campaign, and in some circles is being labeled “socialist.” And indeed it is, at least in the word’s more benign definition.

Some words or phrases, of course, don’t always mean what they might seem to on the surface. Like “Important!” in the subject box of an e-mail, which almost always means the opposite. Or “a service representative will be with you shortly” on a phone call, which usually turns out to be a bald lie. “Socialist,” too, doesn’t necessarily mean what it once did.

Back in the day, a socialist was a close ideological cousin of a communist. Socialism as a governmental system may have lacked the communist element of totalitarianism and total control of people’s lives; but it still placed ownership of all means of production in the hands of the populace, with members of society receiving what they need but having no incentive to work hard to achieve anything more.

But socialism as an all-encompassing, coercive system of government is something distinct from governmental programs aimed at providing safety nets to citizens. Like Social Security, for example, or Medicare or, for that matter, the public school system. All are “socialist” creatures, at least in the sense that they are government-run and aimed at ensuring certain benefits for the entire citizenry.

Universal health care, which has been endorsed as a desideratum by a number of Democratic candidates for the nation’s highest office, is “socialist” too, for sharing the same aim — here, to ensure that all Americans have access to doctors, hospitals and medications.

As it happens, though, even “universal health care,” reflected in the increasingly popular mantra “Medicare for all,” which is becoming the Democratic counterpart to Republicans’ “Build the wall!,” has different meanings. Or, at least, there are very different vehicles for achieving that goal.

The idea of providing health care to all Americans is simple enough. But there is a den of devils in the details.

For some, like Senators Bernie Sanders, Kamala Harris and Elizabeth Warren, the way to go is a national, “single-payer” health system, in which private insurance is abolished. (As you might imagine, insurance companies are not fans of such a plan.) All sorts of costs born of the way insurance interests operate would presumably be eliminated, and medical care streamlined.

That’s the upside. The downside is that the insurance companies’ replacement would be the federal government. Frightening as that may be to some, and imperfect as such systems are in places like Great Britain and Canada, most Americans feel that the feds have done a decent job running Medicare. Back on the other hand, though, a “single payer” approach would likely mean higher taxes.

Other plans are mixtures of government and private insurers. In Switzerland, for instance, citizens buy insurance for themselves and pay deductibles, but the government subsidizes health care on an income-based graduated basis.

Then there is the approach of offering citizens discounts on government-sponsored health insurance plans, and expanding the Medicaid assistance program to include more people who can’t afford health care. That is the essential feature of something called Obamacare, the current system in place.

As in all large governmental efforts, achieving universal health care in the U.S. is a stupendously complex undertaking. But six out of 10 Americans say it is the federal government’s responsibility to make it happen. The U.S., in fact, is the only wealthy industrial country in the world lacking such a system.

I’m not sufficiently proficient in assessing the necessary calculi to offer any opinion about which health-care path is the best way forward. What I do know, though, is that whatever approach ends up being chosen by the electorate, it won’t be the sort of socialism Americans once feared was lurking under the bed.