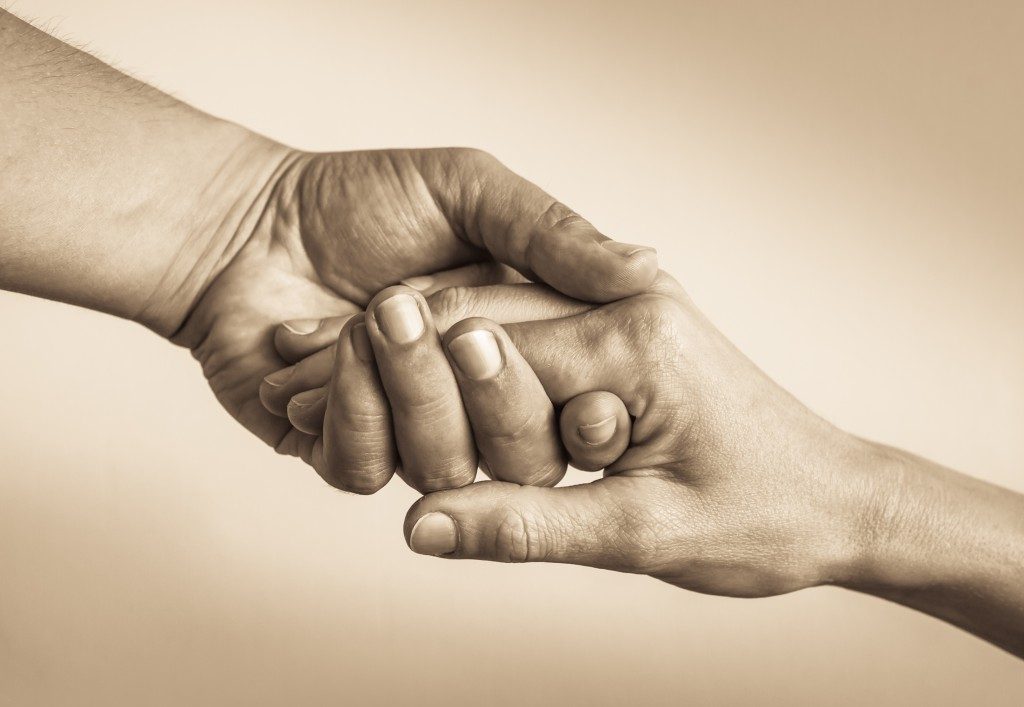 Building off previous, similar experiments, scientist and writer David Fryburg, M.D., conducted a test to see how various types of images would affect people’s moods, reported Good News Network on Feb. 13, 2019. Images included the standard categories of negative, neutral, and positive; but this experiment incorporated a unique “kindness” category of images. As one would expect, negative images included scenes of violence, destruction, and neglect; neutral images included pictures of random items such as a doorknob or a towel; and positive images included pictures of flowers or a cute animal in a basket.

But the real surprise was in the “kindness images” twist. The people who were shown those images reported roughly twice as much of an increase in feelings such as joy, optimism, and gratitude as those who viewed the positive images.

Perhaps the most amazing thing about this is the fact that the kindness images were anything but pretty or utopian. For example, one of the kindness images is an aerial picture of a bald young man looking up from a veritable sea of shaven heads. The young man was undergoing chemotherapy, and when all of his hair fell out, a large number of his friends shaved their heads as a way of expressing their solidarity and moral support.

From an aesthetic point of view, it is not a pretty image, nor is it rosy in the utopian sense of the word. It depicts a real, very serious problem. And, yet, the fact that the participants perceived in it a striking act of kindness caused them to feel much more positive feelings such as joy, optimism, and gratitude than those who viewed a beautiful or very cute image.

As to why it is that a kindness image of that sort could have such a strikingly stronger positive impact than a beautiful sunset or flower scene — despite suggesting that perhaps people just relate to the depiction of real-life situations, or that we are hard-wired to respond to such scenes — Dr. Fryburg left the question open-ended and admitted that he really doesn’t know the answer.

As Torah Jews, though, it is not too difficult to suggest what the real reason could be. The 89th chapter of Tehillim begins, “Maskil l’Eisan ha’Ezrachi. I will forever sing about the kindness that Hashem has done for us, and I will make known Your faithfulness to every generation. For I say, olam chessed yibaneh.” The Alshich explains that olam chessed yibaneh means that the foundation of the world is Hashem’s kindness.

And who is the one exclaiming and extolling the greatness of Hashem’s kindness upon which the world is founded? Chazal tell us that Eisan ha’Ezrachi is Avraham Avinu. The man of strength that Hashem roused from the east to make the truth known to the world.

We all know that from a very young age Avraham Avinu was the pillar of chessed; that kindness was his quintessential, defining characteristic. But how did that come about? Was it simply his basic nature with which he served Hashem?

According to Harav Yaakov Weinberg, zt”l, not necessarily. As is clear from the Rambam, Rav Weinberg explained, what was actually the most fundamental, primary characteristic of Avraham Avinu was his truthfulness. He was, beyond all else, the ultimate truth seeker. Which is what led him to reject the foolish beliefs by which he was surrounded, and to recognize that there is only one absolute Being who both created and directs the universe.

The only tools that Avraham Avinu had at his disposal to seek out this truth, Rav Weinberg elaborated, was what he could observe with his senses: The world around him. He observed a grand edifice and reasoned, if there is such a wonderfully designed palace, then there must be someone who is the designer and master thereof.

And when you look at the world, as Hashem created it, what do you see other than the endless kindness of the Creator to His creatures? Avraham Avinu recognized Hashem through the boundless chessed that permeates creation; and, understanding that our overarching mission in this world is to make ourselves as G-dly as we can and thus forge an unbreakable connection with Hashem, made it his life’s work to emulate Hashem by bestowing kindness on others.

It is no surprise, then, that seeing images of kindness can inspire a person’s heart to soar with positive feelings of joy, optimism, and gratitude. For in such images one can perceive a reflection of the Divine, a fulfillment of our purpose, and a connection to the ultimate Source of the chessed that shines through every aspect of creation’s design.