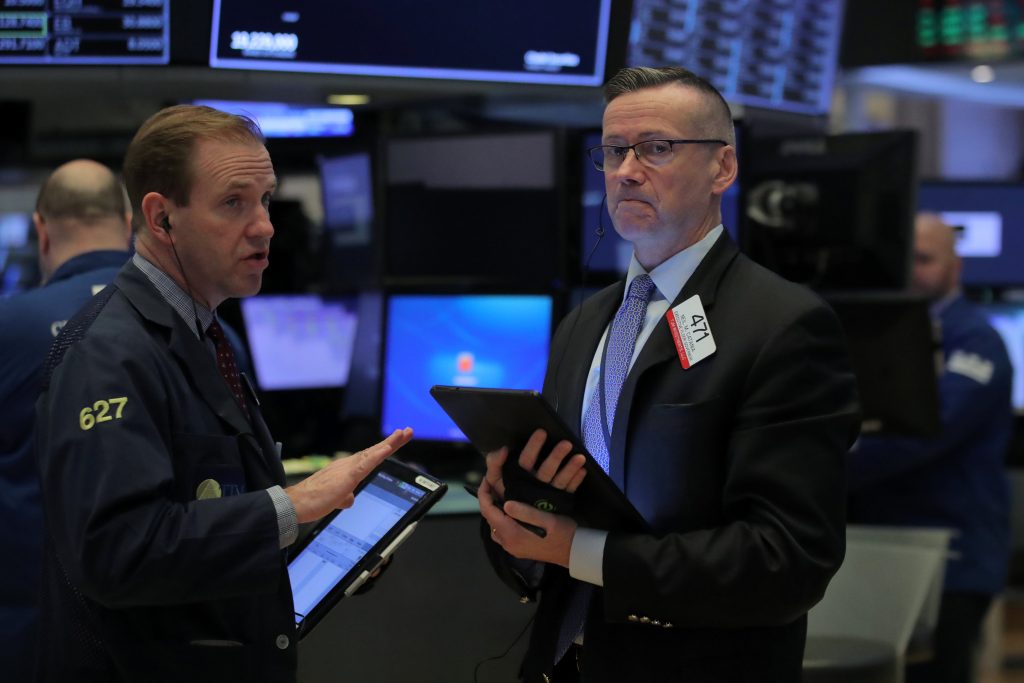 Stocks spent much of the morning wavering between small gains and losses as U.S. markets reopened following the Presidents Day holiday.

Beyond the quarterly corporate report cards, investors are keeping a close eye on talks between U.S. and Chinese negotiators in Washington that are aimed at ending a trade war between the world’s largest economies.

After March 2, the U.S. is set to impose additional tariffs on Chinese goods, escalating a dispute that has already raised costs for companies and consumers. President Donald Trump has said there is a possibility he would extend that deadline if the two countries are close to a deal.

THE QUOTE: “Now that we’re winding down on earnings, investors are looking forward to what’s going to move the market higher,” said Karyn Cavanaugh, senior markets strategist at Voya Investment Management. “The fact that the consumer is still strong is a comfort to investors.”

TRADE TALKS: A truce between the U.S. and China on increased American tariffs on Chinese goods expires at the end of next week, leaving the U.S. free to more than double its import duties on $200 billion in Chinese goods. Much is riding on the outcome after an inconclusive end to an earlier round of talks in Beijing last week.

The U.S. is wrangling over trade with many nations. On Monday, the European Union warned that the bloc will hold back on a commitment to buy more American soybeans and liquefied gas if European cars are hit with punitive tariffs.

Vice Premier Liu He, China’s economy czar, was due to arrive in Washington on Thursday, China’s state media reported, after two days of preliminary talks by lower-level officials.

RETAIL THERAPY: Walmart climbed 3.8 percent after the retail giant reported quarterly earnings that beat forecasts. The company benefited from growth in online sales and the expansion of its grocery pickup and delivery business. Amazon gained 1.2 percent, while Target added 1.8 percent.

CONFIDENCE BOOST: U.S. homebuilders are feeling more confident about their sales prospects this month, according to a new survey.

The National Association of Home Builders/Wells Fargo Housing Market Index released Tuesday has a reading of 62. That’s an increase of four points from last month’s index and the highest reading since October.

Readings above 50 indicate more builders see sales conditions as good rather than poor.

BOND WATCH: Bond prices rose. The yield on the 10-year Treasury note fell to 2.64 percent from 2.66 percent late Friday. That yield is used to set rates on mortgages and other kinds of loans.