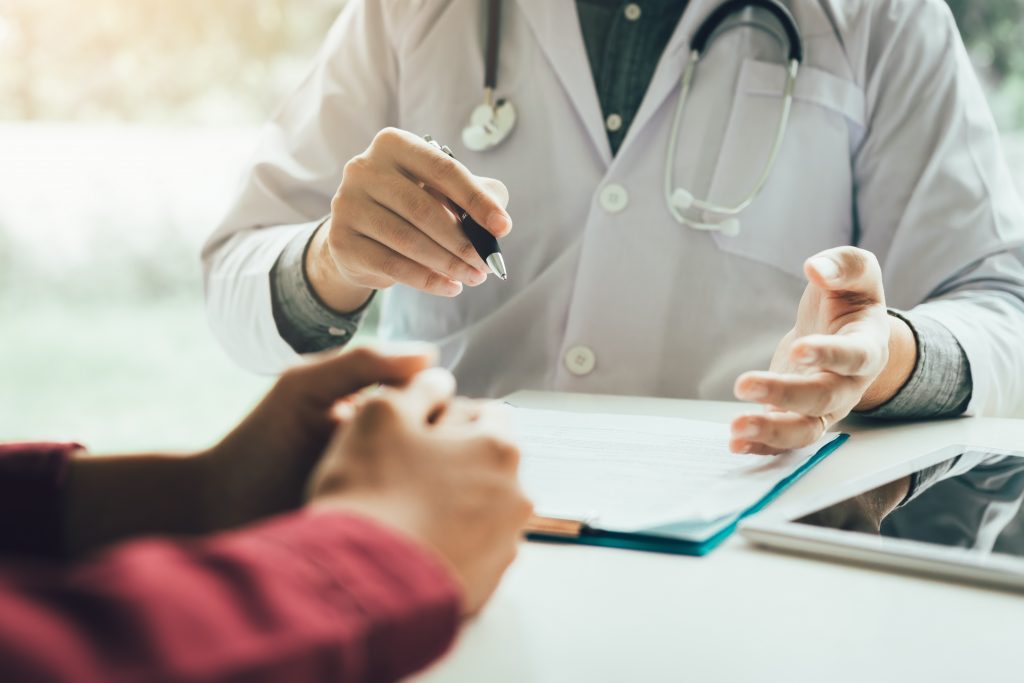 Many Boro Park families have found themselves scrambling for alternative health insurance plans as several local pediatricians have ceased accepting United Healthcare’s community plan over the past few months.

The move is having broad effects on the community, as a large swath of Medicaid recipients have chosen to use the nation’s largest health insurance provider for decades.

“To pick up and change over a whole family is not so easy,” a Boro Park resident who asked only to be identified as Mendel told Hamodia. Like many others, he was recently informed by the offices of Dr. Olitsa Roth that her practice will no longer be accepting United Healthcare’s (UHC) option for Medicaid recipients, known as its community plan.

“I’ve been using United for a long time, but if our doctor is dropping it, I’m not sure what kind of choices I have,” he said.

As to what triggered the sudden change, the response from the doctors whom Hamodia contacted was simple: a sharp cut in reimbursement rates.

Dr. Robert Adler, who has led a popular pediatric practice in Boro Park for many years, said the reduction was so drastic that it was not one his office could afford.

“They basically let us know this past January that they [UHC] didn’t want us,” he told Hamodia. “All of a sudden, reimbursement was down by 40 percent. If you need to pay rent and a staff, that’s not a change you can make.”

The only way a practice would be able to afford such a reduction, Dr. Adler said, would be for doctors to see a far greater number of patients and to give them less time and level of professionalism.

“They are basically saying that they can’t afford to pay for quality care,” he said.

Another major pediatric practice in the area also confirmed that they had dropped UHC after their rates were slashed by nearly half. They are encouraging patients to switch to Fidelis or Blue Cross-Blue Shield, which also offer Medicaid options for New York state.

A spokesman for UHC told Hamodia the company appreciates the personal relationship patients have with practitioners and respects their choice to stay with them. Yet, the spokesman said UHC had attempted to accommodate several pediatricians, who have now left.

“We have offered to reimburse many of these physicians at rates similar to what we pay other providers across the state, while also providing them additional financial incentives through a value-based arrangement, which rewards these physicians for delivering care that helps lead to improved health outcomes for their patients,” he said.

While no official reason was given for UHC’s sudden rate cuts, theories abound, especially as the same phenomenon has occurred over the past year in Lakewood and Williamsburg.

“They’re targeting frum neighborhoods because large families are costing them too much money. It’s not anti-Semitism, but they’re losing money, so they don’t care if they lose these patients,” the billing agent of a major Boro Park practice, who asked not to be named, told Hamodia.

While UHC has serviced thousands in Orthodox centers for decades, the billing agent said that increasing reliance on Urgent Care Centers is a major factor in the change, coupled with UHC’s permissive coverage policies.

“We try to rein in our patients and control the tests they take. If a mother has a kid with strep and takes her other ten in for cultures, we won’t let her do that, but an Urgent Care doesn’t work that way, and it was costing United more and more,” she said. “United accepted all kinds of claims, and after awhile they realized they had overextended themselves.”

A local doctor postulated that UHC’s moves were a result of a broad effort to cut costs amid rising expenses and that they had been conducting more audits on practices over the past year or so.

The UHC spokesman said any accusations that the company is disengaging from Orthodox neighborhoods is “false” and said that, in Boro Park, the physicians who have dropped UHC are outnumbered by those still accepting their insurance.

“Should these pediatricians leave our network, we will continue to have relationships with more than 30 pediatricians in the Boro Park community to ensure the families we serve have uninterrupted access to the care they need,” he said.

Yet at least three of the largest pediatric practices in Boro Park have left UHC in recent months.

An additional challenge to many families is that, while many of the largest Boro Park pediatric practices have abandoned UHC, it is the only Medicaid insurance plan accepted by several of the area’s heavily used orthodontists, leaving those whose children have braces in a bind.

“Our doctor told us to go to Fidelis, but I have three kids with braces who were all approved through United. Now I’m not sure if I can get them approved again on another plan, and if I do, if my dentist will take it,” said one affected Boro Park father. “I wish I could say I have a plan, but as of now, I’m really not sure even what options I have.”

The UHC spokesman said that those who had begun treatment plans while their providers were accepting the insurance can continue in some circumstances.

“UnitedHealthcare members may be able to continue receiving care if their physician is no longer in our network if they meet the eligibility requirements for continuity of care,” he said. “Members who may qualify include those who are undergoing active treatment for a serious medical condition, such as cancer. To determine eligibility, members can call the customer service number on their health plan ID card.”

Dr. Adler said that most affected families in his practice have already changed to different insurers, or are in the process of changing.

“Some people are looking into other practices, but most are finding a way to work it out and stay here,” he said. “We do a lot to provide the best care and to be as affordable as possible, but how this will play out is not up to us and at the end of the day; it’s another reminder that our parnassah is from Upstairs.”