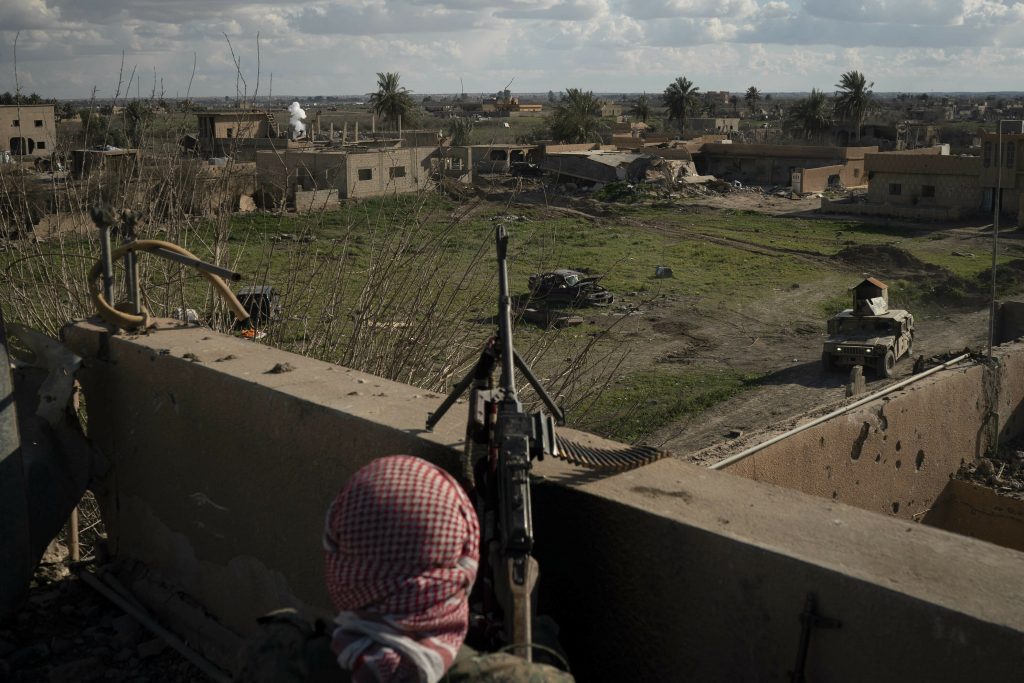 Some 200 families are trapped in a shrinking area of Syria controlled by Islamic State, whose forces are stopping many from fleeing, U.N. Human Rights chief Michelle Bachelet said on Tuesday, calling for the families’ safe passage.

The U.S.-backed Syrian Democratic Forces (SDF) are on the brink of defeating IS in its last pocket in eastern Syria, the village of Baghouz, where it estimates a few hundred Islamic State terrorists and about 2,000 civilians are under siege.

Many of the families “… continue to be subjected to intensified air and ground-based strikes by the U.S.-led Coalition forces and their SDF allies on the ground,” Bachelet said in a statement.

“We understand that ISIL appears to be preventing some of them if not all of them from leaving. So that’s potentially a war crime on the part of ISIL,” her spokesman Rupert Colville told a news briefing.

The SDF attacking Islamic State have an obligation under international law to take all precautions to protect civilians who are mixed in with the foreign terrorists, he said.

In Syria’s northwest, Syrian government forces and their allies have intensified a bombing campaign in Idlib and surrounding areas in recent weeks, coupled with attacks by armed groups that have killed civilians, Bachelet said.

Twin explosions in the bustling center of rebel-held Idlib city on Monday killed at least 15 people and injured scores, medics and witnesses said. Bachelet put the death toll from that incident at 16 with more than 70 injured.

Bachelet also voiced concern for some 20,000 people who fled the ISIL-controlled areas in eastern Deir al-Zor governorate in recent weeks. They are being held in makeshift camps run by the Kurdish armed groups, including SDF, who are reported to be preventing IDPs from leaving the camps, she said.

“Particular care needs to be taken with the civilians and if possible they should be treated humanely, and allowed to leave the camps. They shouldn’t be held in detention unless they are suspected of committing a particular crime,” Colville said