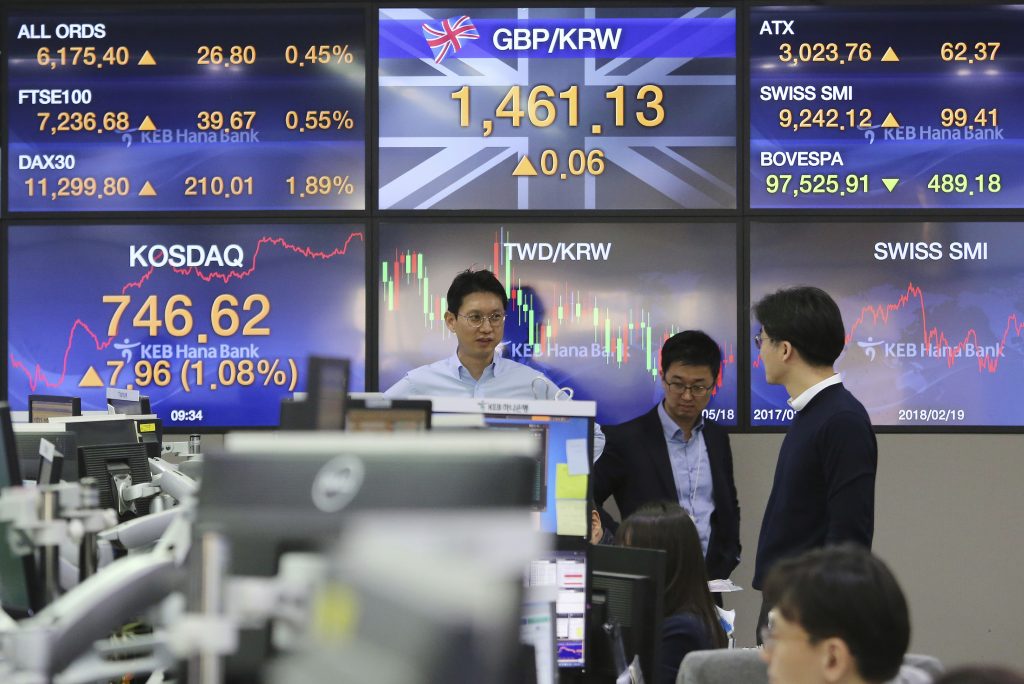 World stocks mostly rose on Monday ahead of more trade talks between Chinese and American officials in Washington this week.

Wall Street was due to remain closed for Presidents’ Day.

On Friday, China and the U.S. announced plans to resume trade negotiations in Washington, fueling hopes that both countries were edging toward a deal.

“We feel we have made headway on very, very important and difficult issues,” U.S. Trade Representative Robert Lighthizer said in a meeting with Chinese President Xi Jinping.

Xi expressed hope for “a mutually beneficial and win-win agreement,” according to the official Xinhua News Agency.

Negotiators had just wrapped up two days of talks in Beijing. A tariffs truce expires March 2 and will leave the U.S. free to more than double import taxes on $200 billion in Chinese goods.

U.S. President Donald Trump has said he may hold off on these if the country was close to a deal with China. Traders are waiting to see if enough progress was made on thorny issues like Washington’s unhappiness over Chinese technology and trade policies.

“Achieving a deal is important to avert an escalation in the tariff war between the world’s two largest economies,” DBS Group Research strategists Philip Wee and Eugene Leow said in a commentary.

“It, however, does not imply that the U.S. would lower tariffs. China will still be looking at fiscal stimulus and monetary easing measures to cushion growth,” they added.