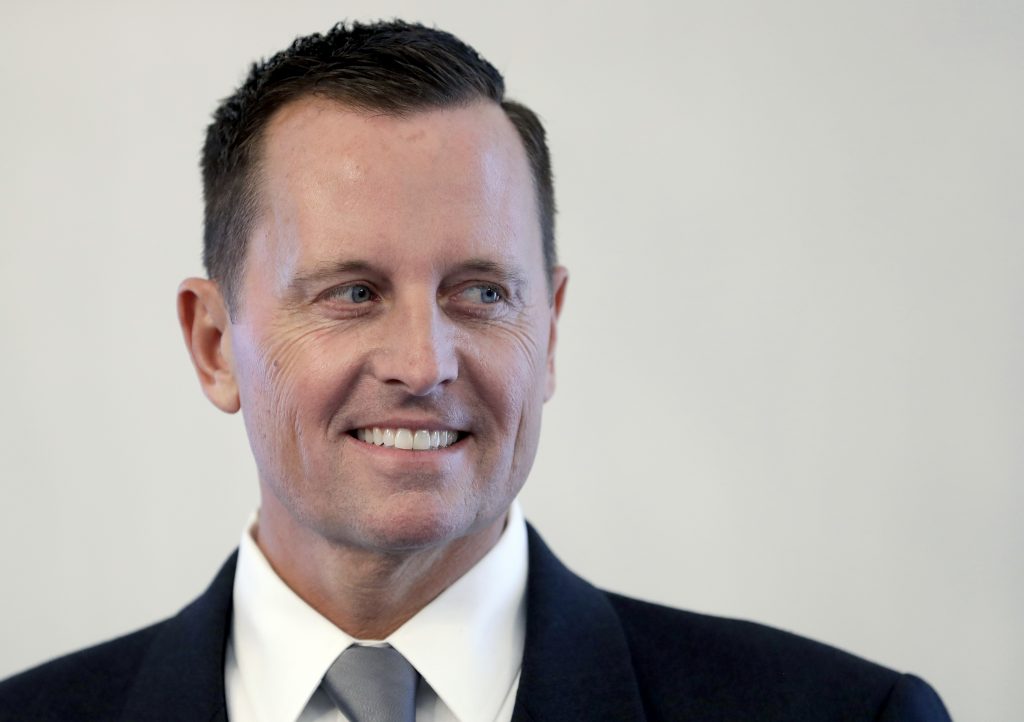 President Donald Trump is considering four people to be his next United Nations ambassador: Goldman Sachs Group Inc. partner Dina Powell; the current ambassadors to Canada and Germany, Kelly Craft and Richard Grenell, respectively; and John James, a former Republican U.S. Senate candidate from Michigan, according to people familiar with the matter.

The people asked not to be identified because President Trump hasn’t made a decision. Top White House aides have also discussed nominating Trump’s daughter and senior adviser Ivanka Trump if no front-runner emerges.

State Department spokeswoman Heather Nauert withdrew her nomination to replace former South Carolina Gov. Nikki Haley in the job, partly due to issues that arose around a nanny Nauert once employed. The nanny was a legal U.S. immigrant but wasn’t authorized to work, according to two people familiar with the matter.

Powell is a veteran of the Trump administration who served as a deputy national security adviser before returning to Goldman Sachs last year. Craft was deeply involved in Trump’s renegotiation of the North American Free Trade Agreement and is married to Joe Craft, a billionaire Republican fundraiser and executive at coal producer Alliance Resource Partners.

Grenell manages the U.S. relationship with the German government, which has grown tense because of a variety of conflicts with the Trump administration, including a dispute over a gas pipeline deal between Germany and Russia and the president’s consideration of tariffs on imported cars.

James fell short in an attempt to unseat Democratic Sen. Debbie Stabenow last year, but the Michigan businessman is well liked within the White House and has been considered for other administration jobs.

Nauert announced she would withdraw her nomination on Saturday in a State Department statement that didn’t acknowledge her nanny issue or any other particular problem. The situation with her nanny would have likely come out in her confirmation hearing and is a political liability because of Trump’s crackdown on undocumented immigrants and illegal migration.