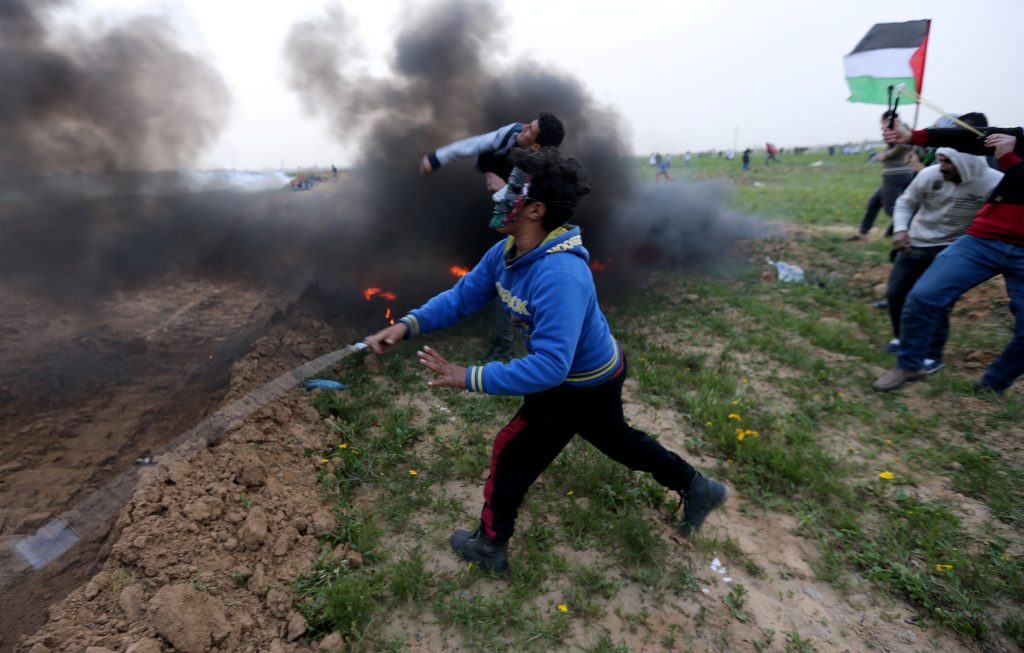 The IDF soldier who was injured when a device exploded in Gaza Sunday night was in moderate condition Monday morning after undergoing surgery, doctors at Barzilai Hospital in Ashkelon said. The soldier was injured when Gaza Arab terrorists threw a bomb at an IDF patrol operating near the border fence. Soldiers returned fire and injured at least nine terrorists, security officials said.

Israeli soldiers overnight Sunday faced off against rioters in the village of Antabe in Shomron. Rioters threw rocks and firebombs at the soldiers, who responded with anti-riot measures. There were no injuries on the Israeli side.

On Monday, thousands of reserve soldiers are set to get a message on their phones instructing them to report for duty. The IDF spokesperson said that the messages were just a test of the system to alert soldiers that they need to report, to ensure proper coordination with bases and officers. Soldiers are instructed not to report for duty.