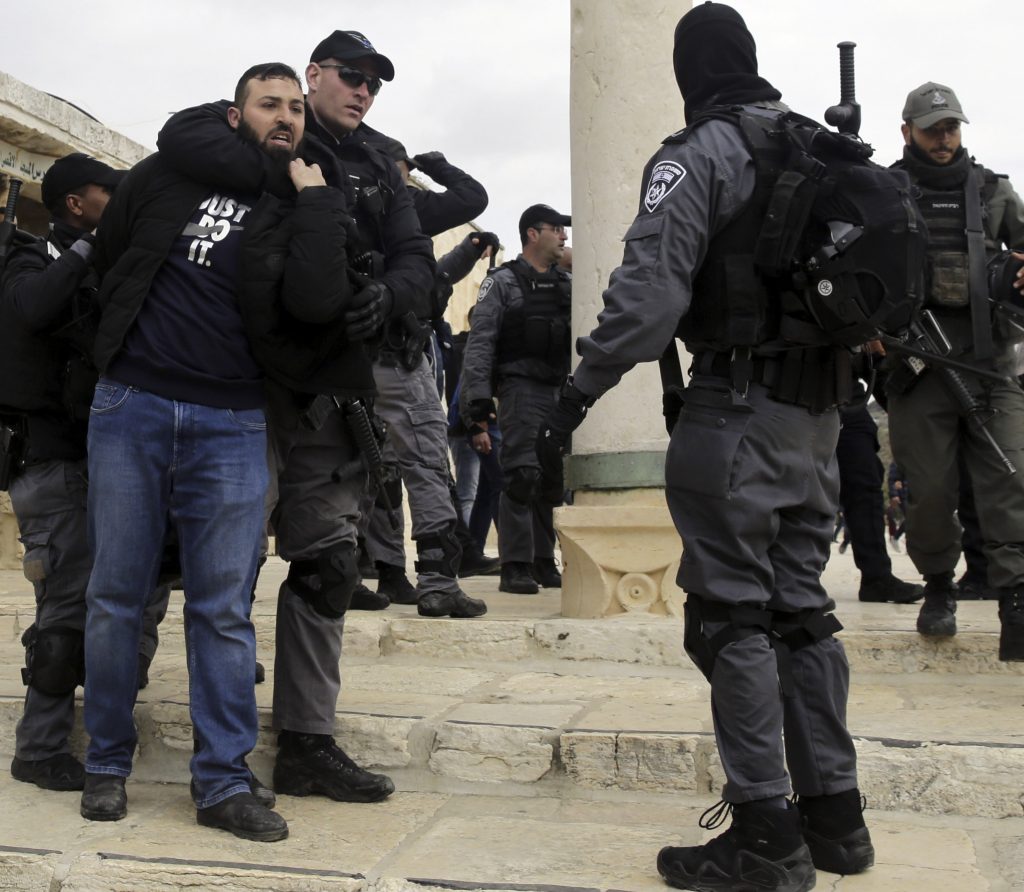 The Palestinian Authority claimed that Israel was “playing with fire and waging war on Islam” after authorities arrested five Palestinians who attempted to force their way into the Golden Gate of the mosque on Har HaBayis earlier on Monday.

The gate was closed by Israeli police in 2003 after the Islamic Heritage committee, which was located there, was allegedly involved in political activities. It has been closed since then, although worshipers can access the mosque through other gates.

On Monday morning, dozens of Palestinians and officials from the Wakf, which oversees the Moslem area, tried to break through, leading to a confrontation with police officers.

condemned what he called the “occupation’s criminal measures in Al-Aqsa Mosque and at its gates, especially the closure of Bab al-Rahma (Gate of Mercy) and the eviction of worshipers by force and under the threat of weapons.”

A senior Wakf official told The Jerusalem Post that the Jordanian government was holding contacts with the Israeli government in an effort to reopen the gate. The official warned that continued closure would trigger a wave of protests similar to those that erupted after Israel installed metal detectors and security cameras at one of the entrances to Har HaBayis in 2017.

Meanwhile, routine visits to Har HaBayis were unaffected by the incident, police said.