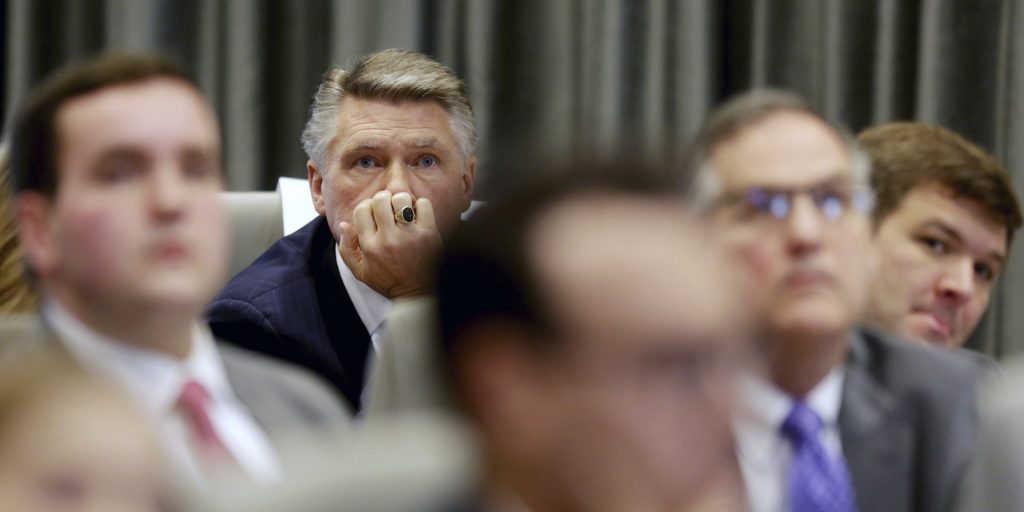 The director’s testimony came on the first day of a hearing into whether mail-in ballots were tampered with in a race for the state’s 9th congressional district seat that saw Republican Mark Harris narrowly defeat Democrat Dan McCready.

The race wasn’t certified, leaving the country’s only congressional election without a declared winner. The elections board is expected to either declare a winner or order a new election after the hearing.

“The evidence that we will provide today will show that a coordinated, unlawful and substantially resourced absentee ballot scheme operated in the 2018 general election” in rural Bladen and Robeson counties, which are part of North Carolina’s 9th congressional district, state elections director Kim Strach said at the start of a state elections board hearing.

Harris held a slim lead over Democrat Dan McCready in unofficial results following November’s election, but the state elections board refused to certify the contest after allegations of potential ballot manipulation surfaced.

An investigation targeted a political operative working for Harris’ campaign named Leslie McCrae Dowless Jr . He paid local people he recruited $125 for every 50 mail-in ballots they collected in Bladen and Robeson counties and turned in to him, Strach said. That means they could have been altered before being counted.

Dowless was hired to produce votes for Harris and Bladen County Sheriff Jim McVickers, but his methods last year included paying people to visit potential voters who had received absentee ballots and getting them to hand over those ballots, whether completed or not, Dowless worker Lisa Britt testified.

It’s illegal in North Carolina for anyone other than a guardian or close family member to handle a voter’s ballot.

Britt testified she sometimes completed unfinished ballots and handed them to Dowless, who kept them at his home and office for days or longer before they were turned in, said Britt, whose mother was formerly married to Dowless. While the congressional and sheriff’s races were almost always marked by voters who turned in unsealed ballots, Britt said she would fill in down-ballot local races — favoring Republicans — to prevent local elections board workers from suspecting Dowless’ activities.

While Dowless and Harris’ main campaign consultant were in constant contact, she didn’t have any indication Harris knew about the operation, Britt said.

“I think Mr. Harris was completely clueless as to what was going on,” Britt said.

Harris received 679 mail-in ballots in Bladen and Robeson counties, compared to 652 for McCready, Strach said. But McCready’s lawyers contend that nearly 1,200 other mail-in ballots were sent to voters and never returned — enough to erase Harris’ 905-vote lead after Election Day.

Strach was expected to touch on the unreturned ballots later in the hearing lasting at least until Tuesday.

Dowless and Harris attended Monday’s hearing. McCready did not.

Four of the five members on the elections board — composed of three Democrats and two Republicans — would need to agree a new election is necessary.

If that doesn’t happen, McCready’s lawyers said state officials should send their findings to the Democrat-dominated U.S. House of Representatives and let it decide whether Harris should be seated, arguing that the U.S. Constitution gives the House authority over the elections and qualifications of its members.