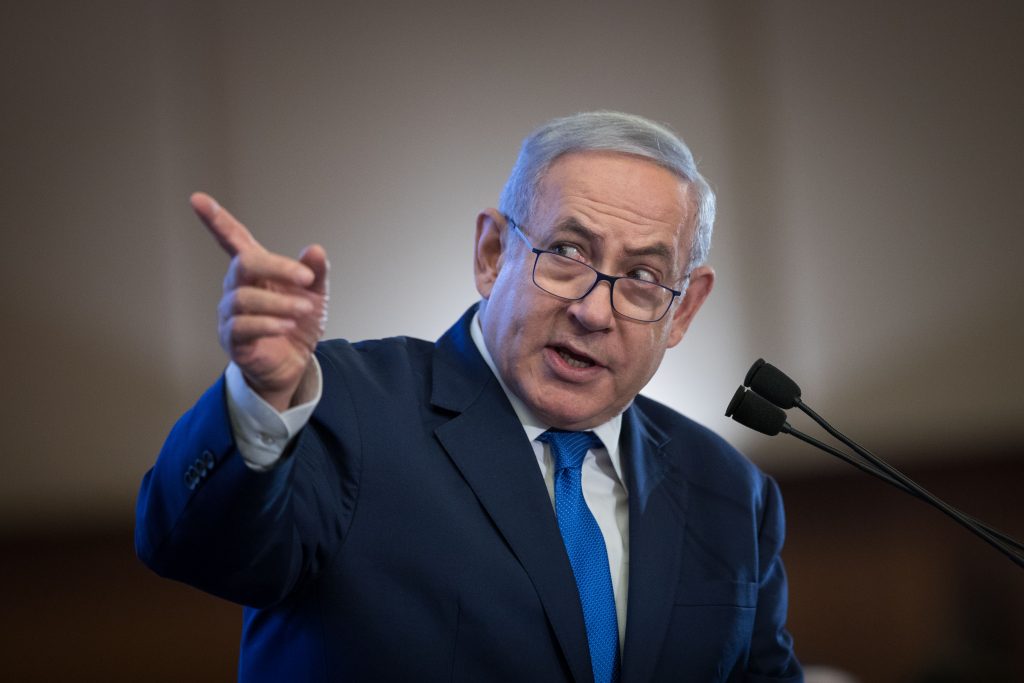 National Union Chairman Betzalel Smotrich and Jewish Home Chairman Rabbi Rafi Peretz refused an invitation of the prime minister to hold a joint meeting with the Otzma Yehudit faction. Negotiations between the parties on their own have so far not produced the desired results.

PM Netanyahu wants to see a broader alliance to strengthen the prospects of right-wing representation in the next Knesset, along with boosting his own chances of forming a coalition after elections.

The Likud said that Netanyahu has held telephone conversations with leaders of the right-wing parties, rabbis and public figures over the past 24 hours in the effort.

“We are preparing for the unification process of the left-wing bloc as Tzipi Livni is retiring from politics, and they do not want to harm the left by wasting votes. Gantz is working to unite with Orly Levy and not lose votes on the left,” said Immigration Minister Yoav Galant (Likud).

“The Jewish Home and the National Union must show responsibility and act without delay to unite all the forces on the right. Otherwise the leftist bloc will win. And if a leftist government is formed here by Gantz, it will also be a weak government and will cause generations of mourning in the land of Israel. I am concerned about this issue and I call for unification among all the parties I spoke about,” he added.

The Otzma Yehudit group released a statement on Monday evening, saying: “Despite the alienated conduct of Member of Knesset Smotrich and Rabbi Peretz over the past few days, we are extending our hand for a merger, out of responsibility for the future of the Land of Israel and to prevent the rise of a leftist government.”

Besides apparent personal differences, the National Union and Jewish Home leaders have been reluctant to strike a deal with Otzma Yehudit due to its extremist background.