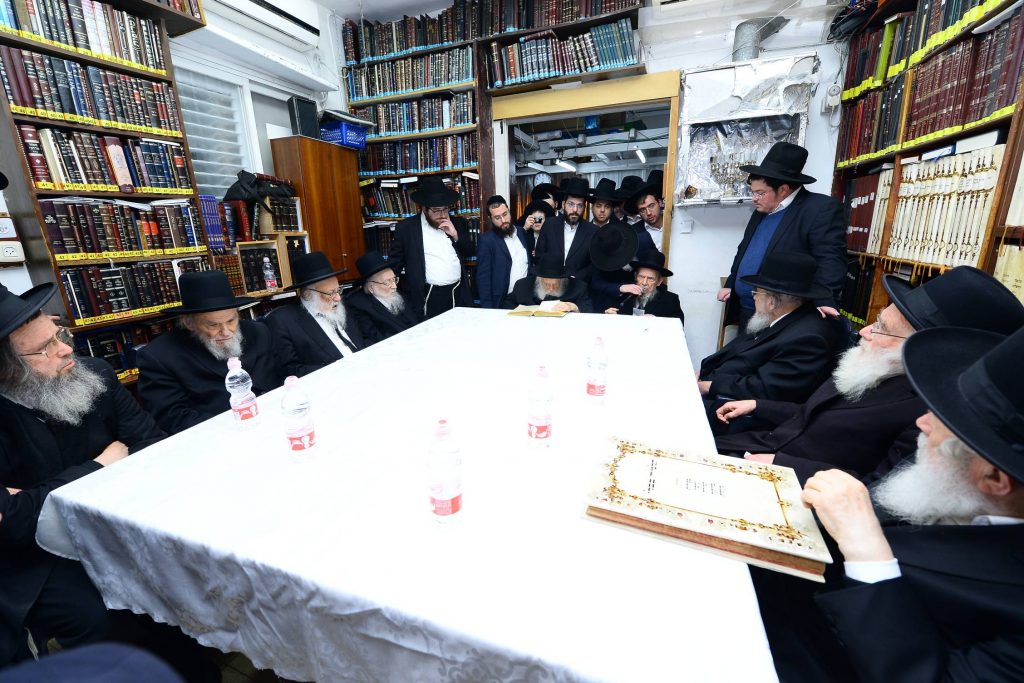 The Moetzes Gedolei HaTorah of Degel HaTorah convened on Sunday night at the home of Hagaon Harav Chaim Kanievsky, shlita, in Bnei Brak prior to submitting the lists of the 21st Knesset.

After a discussion between the Rabbanim, Secretary of the Moetzes and Mayor of Bnei Brak Rabbi Avraham Rubinstein read the decisions of the Moetzes Gedolei HaTorah:

The last time the Moetzes met was on the eve of municipal elections four months ago. It should be noted that the gathering and the participation of Gedolei Yisrael in this meeting itself gives a clear and unequivocal statement regarding their backing and support of United Torah Judaism and its representatives.