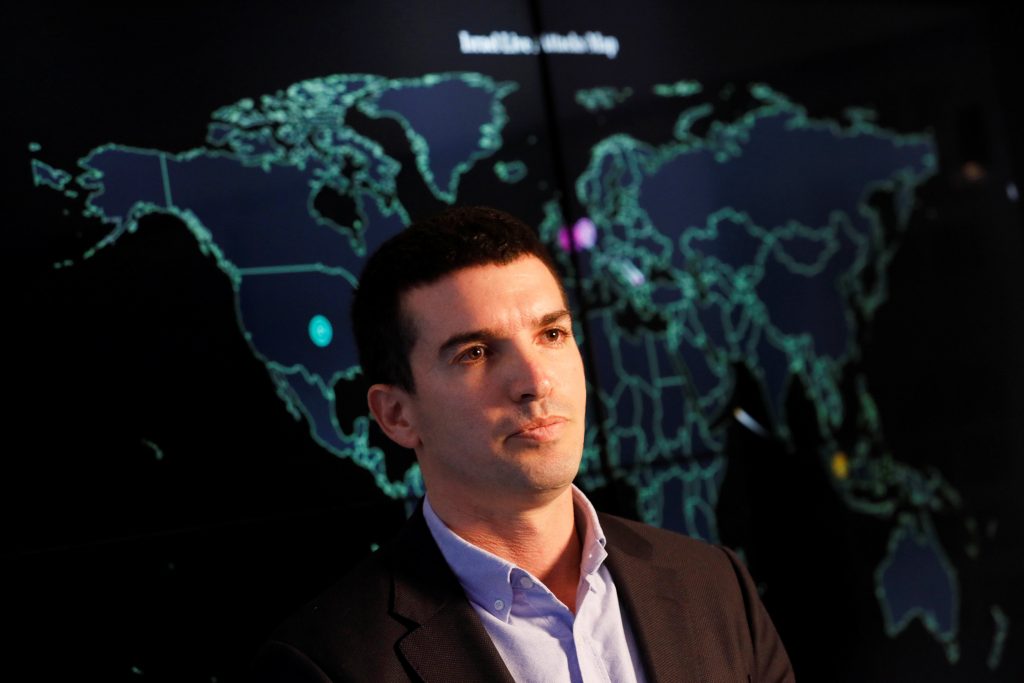 The 119 call-in number to the Computer Emergency Response Center (CERT) is being billed by Israel and cyberexperts as a world first.

“Our job is to mitigate the damage as quickly as possible, to learn about the threats and to spread the knowledge where relevant,” CERT director Lavy Shtokhamer told Reuters at the facility in the southern hi-tech hub city of Be’er Sheva.

“A cyberattack may not be limited only to property or financial damage. It can also threaten lives.”

In some cases, Shtokhamer said, CERT will dispatch teams of experts to affected computer users at a few hours’ notice.

At the center, 20 responder terminals face a bank of huge screens, one of which shows a world map with cyberattacks rendered as meteor-like strikes on Israel and the country of origin of computer servers used by the hackers.

When Reuters viewed the facility, these were in the northeastern United States, western Europe and Indonesia – details Shtokhamer played down given hackers’ use of proxy servers to mask their true locations.

He declined to elaborate on this. Ahead of the election in April, its officials have been reticent about the possibility of online influence campaigns of the kind Russia has been accused of waging in the West, or about Chinese cyberespionage.

Israeli cyber expertise is also widely believed to have been used in sabotage against Iran’s nuclear program and controversial surveillance software made available to foreign clients.

Since its launch three weeks ago, the hotline has received around 100 calls daily, Shtokhamer said.

Most complainants, he said, have been victims of cybercriminals rather than nation-states, and less than one percent were hoax reports.

Around 15 percent of callers have been so-called “white hackers,” sleuths who find vulnerabilities in corporate or government systems and want them plugged before they can be hit.

CERT also runs a chat room that links up the technology officers of Israel‘s major firms for candid but discreet information-sharing about data breaches.

Michael Levi, a Cardiff University criminology professor who has advised EU and U.N. agencies on cybersecurity, described the Israeli hotline as unique and said it could catch on elsewhere.

“The keys are good advice and no leaks, and using patterns to build up good threat assessments and rapid responses,” he said. “The earlier you get reports the more you can prevent.”