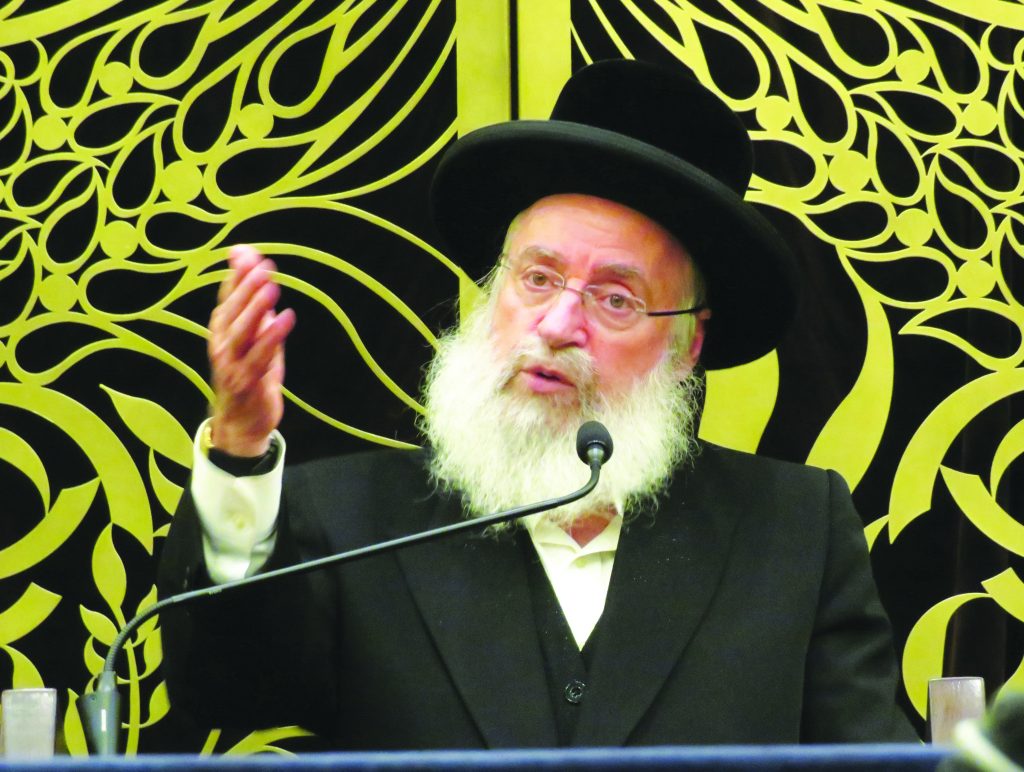 On Sunday night, February 10, the Agudath Yisroel of California presented a shiur at the Young Israel of Hancock Park by Harav Asher Weiss, who was visiting in LA. The topic of his shiur was, “Spiritual Security — Strengthening Our Tefillah in Times of Unrest.”

Dayan Asher Weiss is the current Av Beis Din, Minchas Asher, and Rosh Yeshivah, Mosdos Minchas Asher. Rav Weiss is considered one of the top poskim today and he is contacted by Gedolei Torah, the Israeli army, hospitals, doctors and others for his insight and psak on questions of halachah.

Already many years ago Rabbi Yitzchok Adlerstein in Cross-Currents, wrote a review of a new volume of teshuvos by Rav Weiss and pointed out that, “both the scope of his work and the ease with which he addresses the complexities of cutting-edge issues are breaths of fresh air to people who have not given up on a Torah that enthusiastically and confidently confronts the world at large. He is as fully aware of the depth of problems in our community as he is enthused with our strengths. Unlike some others, he is willing to talk about those problems, and quietly addresses them. He still manages to stay entirely within the mainstream.”

In light of the terrible murder of Yidden in a Pittsburgh congregation, concerns regarding shul security has become a major issue of alarm in shuls, schools and other Jewish institutions throughout the United States.

Rav Weiss discussed the various parameters of pikuach nefesh and how and when it applies in regard to carrying and using firearms, cell phones and other activities on Shabbos that are generally prohibited.

While there are thousands of shuls in America, not all communities feel the same apprehension.

Rav Weiss seemed to say that there is no obligation for a shul to have Jewish armed congregants and commit to other activities generally prohibited on Shabbos. A Rav should be consulted in each case.

Rav Weiss went on to discuss the question of how it is that we as a people continue to survive and exist today while others, such as the Greek and Roman empires no longer exist.

“I always wondered, what happened with 515 tefillos of Moshe Rabbeinu to Hashem to allow him to enter Eretz Yisrael. Hashem’s response to Moshe was: ‘Your children, bnei Yisrael, will go through many nisyonos and they will need your special tefillos.’ It is in the merit of Moshe’s tefillos that we are still around today and continue to survive.

“We know what Moshe decided. We know why we are still around today.”