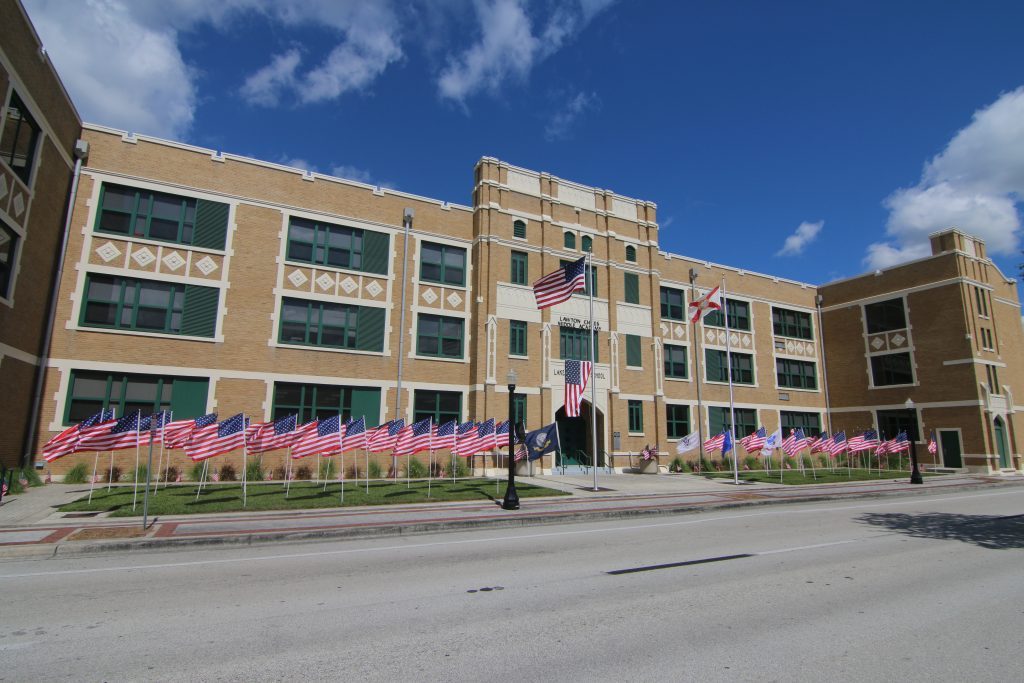 A Florida student is facing misdemeanor charges after a confrontation with a teacher that began with his refusal to recite the Pledge of Allegiance and escalated into what officials described as disruptive behavior.

The student, a sixth-grader at Lawton Chiles Middle Academy in Lakeland, Florida, east of Tampa, refused to stand for the pledge, telling the teacher that he thinks the flag and the national anthem are “racist” against black people, according to an affidavit. The teacher then had what appeared to be a contentious exchange with him.

If living in the United States is “so bad,” why not go to another place to live? Ana Alvarez, who was substituting at the school, asked the student, according to a handwritten statement from her.

“They brought me here,” the boy replied.

Alvarez responded by saying, “Well you can always go back, because I came here from Cuba, and the day I feel I’m not welcome here anymore, I would find another place to live.” She then called the district office because she did not want to keep dealing with the student, according to the statement.

Officials said the situation escalated. The student yelled at the dean and a school resource officer who came to the classroom, accused them of being racist and repeatedly refused to leave the room.

“Suspend me! I don’t care. This school is racist,” the student, who is black, told the dean as he walked out of the room with his backpack, according to the affidavit.

The student was later charged with disruption of a school facility and resisting an officer without violence.

The Lakeland Police Department said in a news release that the student was not arrested for refusing to recite the Pledge of Allegiance.

“This arrest was based on the student’s choice to disrupt the classroom, make threats and resisting the officer’s efforts to leave the classroom,” the release said.

The 11-year-old’s mother, Dhakira Talbot, was not immediately available for comment Sunday, but she told Bay News 9 that the teacher was wrong and that the school overstepped its authority by punishing her son, who was taken to a juvenile detention center and was suspended for three days after the Feb. 4 incident.

“I’m upset, I’m angry. I’m hurt. More so for my son,” Talbot told the TV station. “My son has never been through anything like this. I feel like this should’ve been handled differently. If any disciplinary action should’ve been taken, it should’ve been with the school. He shouldn’t have been arrested.” She added that she thought the charges should be dropped and that the school should be held accountable for its handling of the situation.

The affidavit stated that the student threatened to beat the teacher, but Talbot told Bay News 9 that her son did no such thing.

Polk County Public Schools spokesman Kyle Kennedy did not respond to requests for comment Sunday. He told the Ledger that students are not required to participate in the pledge. In fact, the Supreme Court ruled in 1943 in West Virginia State Board of Education v. Barnette that schools cannot require students to salute the flag or recite the pledge, citing First Amendment rights.

But Alvarez was not aware that the school does not require students to recite the pledge, the Ledger reported. Kennedy added that officials will look at improving training for substitute teachers and that Alvarez no longer works in the district.

The Pledge of Allegiance and the national anthem have been sources of tension after critics, including President Donald Trump, denounced a professional sports player for taking a knee during the anthem, an act to protest racial injustice and police brutality. But many followed his lead and defended his right to free speech and to protest.

In 2017, a black student was expelled from her Houston high school for refusing to stand for the Pledge of Allegiance. India Landry’s silent protest prompted a long legal battle in federal court, with the teen’s family accusing the school of violating her free-speech rights. Last year, the Texas attorney general intervened and defended a state law requiring students to recite the pledge.