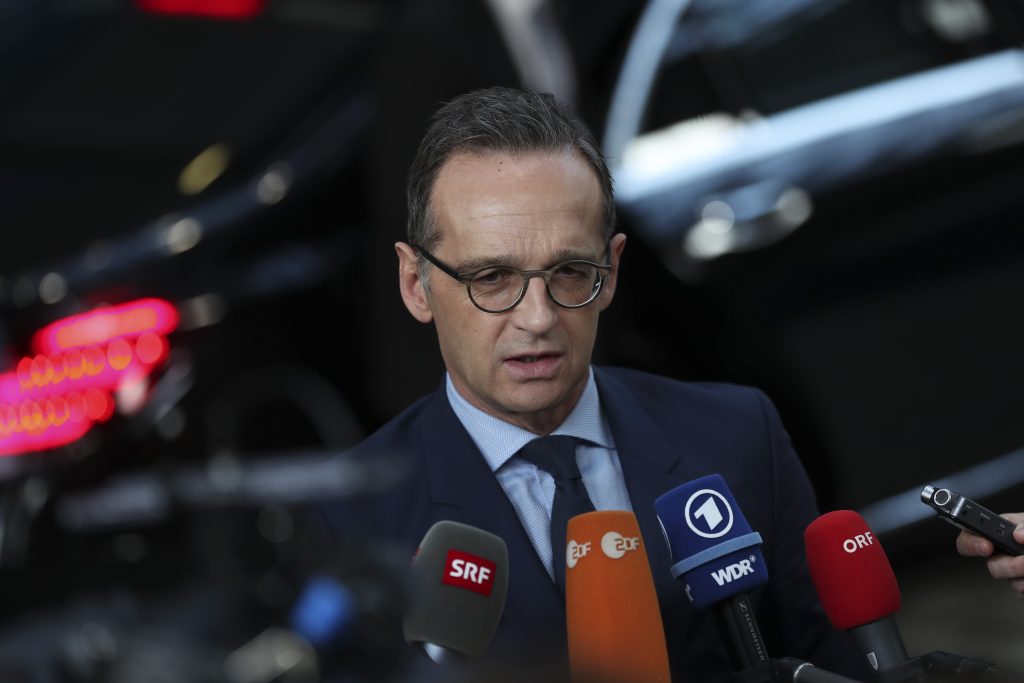 President Donald Trump’s demand that European countries take back their citizens fighting in Syria received a mixed reaction Monday, as nations voiced concerns about how to bring homegrown Islamic State terrorists to trial.

The question of such foreign terrorists has been a conundrum for the Europeans for several years. Islamic State prisoners could be exposed to torture or the death penalty if they remain in jail in Syria or Iraq, and the EU opposes the death penalty.

But few European countries have embassies in Syria or Iraq, let alone extradition treaties to get their citizens back. Proving who is who and gathering solid evidence against suspects that would stand up in European courts is virtually impossible.

Then there is the question of what to do with the wives and children of European terrorists. The case of a British teenager who ran away to join IS and now wants to return to the U.K. has ignited debate in Britain about how to deal with citizens trying to leave Syria now that the terror group is collapsing.

“It is certainly not as easy as they think in America,” German Foreign Minister Heiko Maas told reporters Monday at a meeting of EU foreign ministers. “German citizens have the right to return, but we have little ability in Syria at present to check whether German citizens are actually affected.”

Maas said authorities would have to “check to what extent they were involved in fighting for IS, which would result in criminal proceedings having to be opened against them.”

“These people can come to Germany only if it is ensured that they can immediately be taken into custody,” he said.

Security experts have warned that convicted terrorists will walk free from European prisons by the dozens over the next two years, many of them terrorists who trained or fought in Syria and Iraq but never faced serious charges due to insufficient evidence.

French jihadis made up the largest contingent of European recruits. French officials are concerned because in 2015 and 2016, an Islamic State cell of French and Belgian terrorists crossed from Syria into Turkey, eventually launching deadly attacks on Paris and Brussels.

“The last territorial bastions of Daesh (IS) are falling, which doesn’t mean that the action of Daesh is finished. On the contrary,” said French Foreign Minister Jean-Yves Le Drian.

Britain refuses to take back citizens who joined IS and has stripped them of their citizenship. Belgium has said previously that it would not make any great effort to secure the release of 12 citizens imprisoned in Syria and two in Iraq.

Other European countries have remained largely silent about the fate of men and women whom many see as a security threat.

Hungarian Foreign Minister Peter Szijjarto said the issue is “one of the greatest challenges ahead of us for the upcoming months.”

“Our major endeavor now should be not to allow them to come back to Europe,” said Szijjarto, whose staunchly anti-migrant government has linked terror attacks to migration.

But Slovakian Foreign Minister Miroslav Lajcak, also part of an anti-migrant government, said, “I would certainly be in favor” of Europe taking foreign fighters back.

“There is clearly a need to define … the European position on this issue,” Lajcak told reporters.

“Whether we like or dislike the U.S. position, they make no secret of it. It’s very clear,” he said. “This is the key partnership for the European Union. But the rules of this partnership have changed and we need to be able to react to it.”

U.S. Democratic Senator Bob Menendez, on a visit to Brussels, said the Europeans have to find a way to deal with the challenge.

“If we have someone who we have well established under law as someone who is an ISIS fighter then we should be able to prosecute them whether at home or abroad,” he said at the German Marshall Fund think tank.