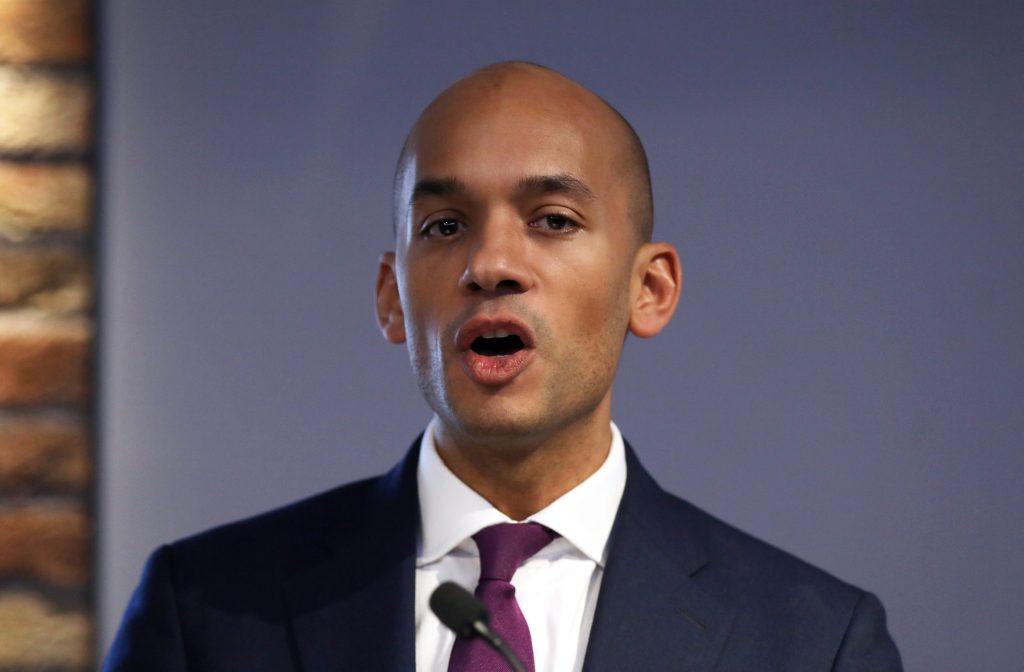 Seven Labour lawmakers quit Britain’s main opposition party on Monday over leader Jeremy Corbyn’s approach to Brexit and a row over anti-Semitism, saying Labour had been “hijacked by the machine politics of the hard left.”

The departure of the small group of lawmakers underlines the mounting frustration with Corbyn’s reluctance to change his Brexit strategy and start campaigning for a second referendum on Britain’s membership of the European Union.

With only 39 days until Britain leaves the EU in its biggest foreign and trade policy shift in more than 40 years, divisions over Brexit have fragmented British politics, breaking down traditional party lines and creating new coalitions across the country’s left/right divide.

“The Labour Party that we joined that we campaigned for and believed in is no longer today’s Labour Party. We did everything we could to save it, but it has now been hijacked by the machine politics of the hard left,” lawmaker Chris Leslie told a news conference.

“Evidence of Labour’s betrayal on Europe is now visible for all to see. Offering to actually enable this government’s Brexit, constantly holding back from allowing the public a final say.”

The seven lawmakers were: Luciana Berger, Chris Leslie, Angela Smith, Gavin Shuker, Chuka Umunna, Mike Gapes and Ann Coffey. They will continue to sit as lawmakers in Parliament under the banner “The Independent Group.”

“For a party that once committed to pursue a spirit of solidarity, tolerance and respect, it has changed beyond recognition. Today, visceral hatreds of other people, views and opinions are commonplace in and around the Labour Party,” they said in a statement.

“It is not simply that our values are no longer welcome in the Labour Party; the values we hold mean that, in all conscience, we can have no confidence in the party’s collective leadership, competence or culture.”

A Labour source close to the group said Monday’s departures could trigger a second wave of resignations, underlining the frustration over Corbyn’s approach to Britain’s biggest shift in foreign and trade policy in more than 40 years. Labour won 262 seats at the 2017 election. They now have 249 seats, with the Conservatives holding 317.

Corbyn said in a statement: “I am disappointed that these MPs have felt unable to continue to work together for the Labour policies that inspired millions at the last election.”

Corbyn has so far stuck to Labour policy to keep the option of a second referendum “on the table” if Prime Minister Theresa May’s government fails to secure a deal with Brussels that can pass through Parliament.

His first choice is a new election but he has also called on May to change her “red lines” and for her to embrace his plan for a permanent customs union with the EU – something the prime minister has so far refused to do.

Britain’s 2016 referendum, which saw 52 percent of voters back leaving the EU, has deeply divided both of the country’s main parties, with both leaders struggling to preserve any unity in Labour and Conservative ranks.

The prospect of holding such a second referendum poses a challenge for Corbyn: While many of the party’s members fervently back a so-called People’s Vote, others just want Britain to leave as soon as possible.

But Corbyn, a veteran peace campaigner, has also been accused by some lawmakers for failing to tackle anti-Semitism in the party, an allegation that has dogged the pro-Palestinian politician since he became leader in 2015.

Corbyn denies that he has allowed anti-Semitism to grow in the Labour Party and has pledged to stamp it out.

While Brexit has been a very significant factor in the MPs’ resignations, the ongoing issue of anti-Semitism in the Labour Party has been another, with both Luciana Berger and Mike Gapes describing the party now as “institutionally anti-Semitic.” The president of the Board of Deputies of British Jews, Marie van der Zyl, described the resignations as “a searing indictment of the Labour leadership.” She said, “This is a moment of great shame for the Labour Party and a tragedy for the thousands of Jews who have supported the Party for generations.”

The Jewish Labour Movement said, “It is deeply regrettable that the leadership of the Labour Party’s failure to tackle anti-Semitism has precipitated the resignation of our Parliamentary Chair, Luciana Berger MP and others. Countless Jewish Labour Party members have resigned in these last few years in protest at the abject failure of the Party to address a growing culture of anti-Semitism, obfuscation and denial. It will be for our members now to decide what they, and we, do next.”