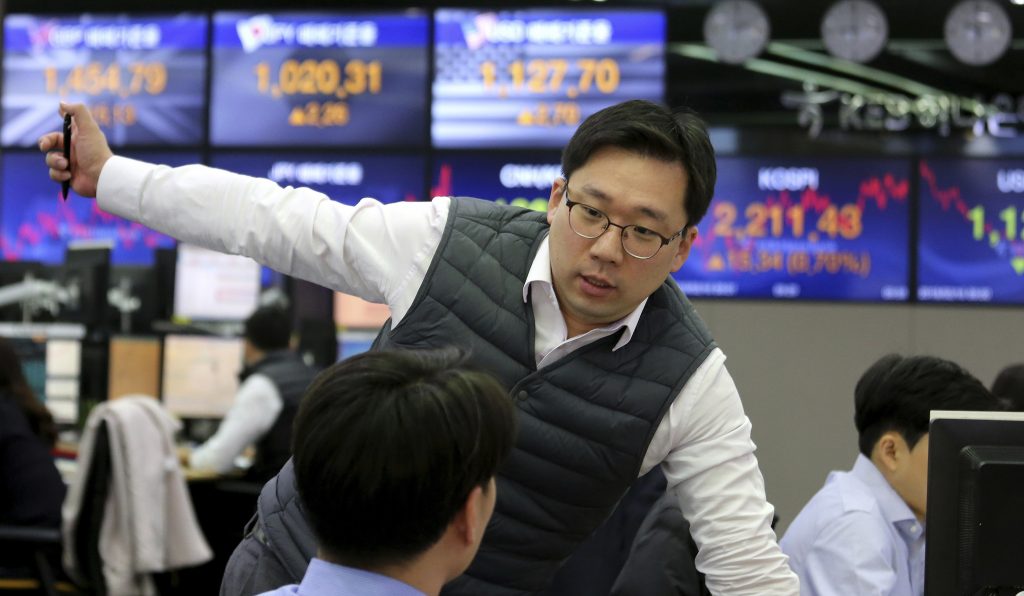 Asian markets were broadly higher on Monday as traders looked forward to the continuation of trade talks between Chinese and American officials in Washington this week.

Japan’s benchmark Nikkei 225 advanced 1.8 percent to 21,281.85. The country said its core machinery orders dropped 0.1 percent in December from the previous month, beating forecasts of a 1.1 percent decline. Shares rose in Taiwan and throughout Southeast Asia.

After the markets closed on Friday, China and the U.S. announced plans to resume trade negotiations in Washington, fueling hopes that both countries were edging toward a deal.

“We feel we have made headway on very, very important and difficult issues,” U.S. Trade Representative Robert Lighthizer said in a meeting with Chinese President Xi Jinping.

Xi expressed hope for “a mutually beneficial and win-win agreement,” according to the official Xinhua News Agency.

Negotiators had just wrapped up two days of talks in Beijing. Investors were worried about progress on thorny issues like Washington’s unhappiness over Chinese technology and trade policies.

A tariffs truce expires March 2 and will leave the U.S. free to more than double import taxes on $200 billion in Chinese goods. President Donald Trump has said he may hold off on these if the country was close to a deal with China.