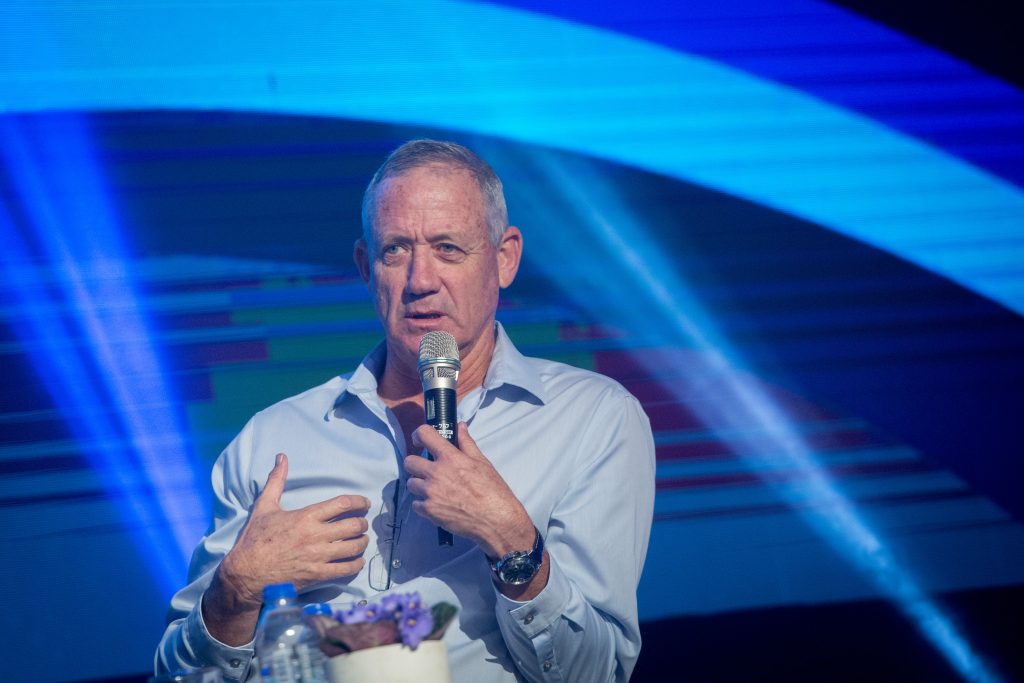 Shas has fired off an angry letter to Benny Gantz’s Resilience Party, after the candidate for the prime minister’s office flew to Germany on Saturday afternoon. Gantz flew to Munich in order to participate in a security conference, where he spoke on Sunday.

In the letter, Shas said that Israel’s leaders, regardless of their personal views, always respected Jewish tradition publicly. “Mr. Gantz seeks to be prime minister, but he opened his campaign calling for public transportation on Shabbos, and he chose to fly to Munich on Shabbos. This marks a callous disregard for those who observe Shabbos. Mr. Gantz, you proclaim ‘Israel before everything,’ but which Israel are you referring to? The one that erases Jewish tradition? The one that lacks even minimal respect for Israelis who respect Shabbos?”

In his speech Sunday, at the Munich Security Conference, Gantz spoke about the Iranian threat. “Under my watch, Iran will not threaten Israel from Lebanon, Syria, or Gaza,” he said, adding that “I have no difference of opinion with Prime Minister Netanyahu on Israeli security.”

Gantz also discussed rising anti-Semitism. “I stand here as a former IDF Chief of Staff, an Israeli patriot. And I stand here as Benny, the son of a Holocaust survivor. Anti-Semitism is raising its ugly head. I will have a zero-tolerance policy for attacks on Jews anywhere in the world. I will fight anti-Semitism and hatred of foreigners. We all must stand against discrimination against race, color, and creed. Unfortunately there is a lot of that discrimination in the Middle East.”

Gantz is expected back in Israel on Monday. His office has not yet commented about his Shabbos departure.