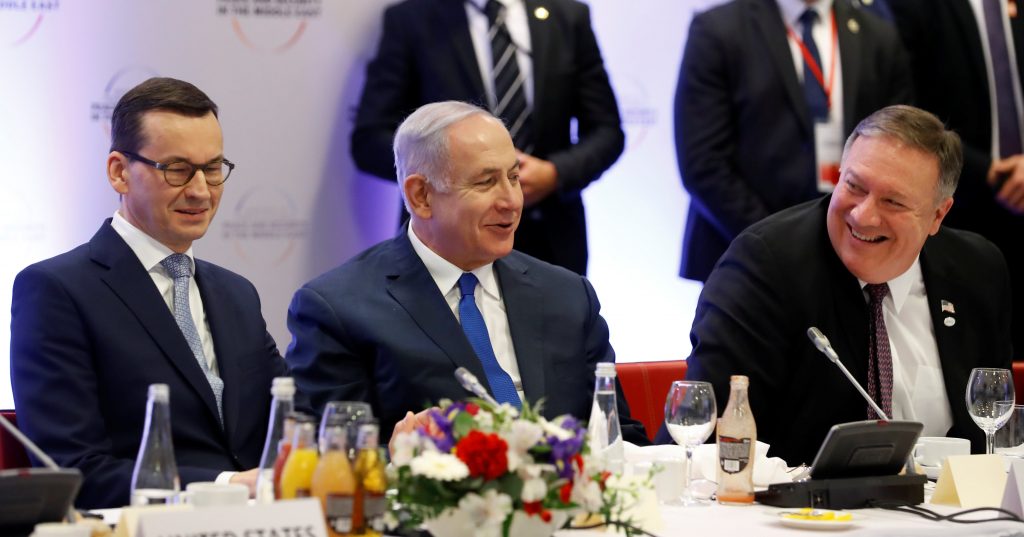 Poland’s prime minister has cancelled a trip to Israel in the wake of reported remarks made by Israel’s prime minister suggesting Polish complicity during the Holocaust, an aide in his office told Polish media on Sunday.

A government spokeswoman confirmed to Reuters that Prime Minister Mateusz Morawiecki will not attend the summit and that Poland will send foreign minister Jacek Czaputowicz instead.

The summit of four central and Eastern European countries is set to be held in Yerushalayim this week.

A senior Israeli diplomatic official said Israel was “happy” to host Czaputowicz instead, and hinted that Morawiecki was playing to domestic pressures by canceling his visit, said The Times of Israel.

“We expect this summit to become a great success,” the official said in a statement. “We understand that also in Poland there are elections.”

Poland is slated to hold national elections in the coming year.

Poland’s government has sought to debunk references of potential Polish collaboration in the Holocaust, in an effort to “fight for the truth,” Morawiecki told Poland’s parliament last year.

PM Netanyahu’s office said in a statement that the prime minister, who was in Warsaw for a U.S.-sponsored Middle East conference when he made the comments, had been misquoted by The Jerusalem Post, which issued a corrected story.

In a later statement, Netanyahu’s office said in his remarks on the question of Polish collaboration with Nazi occupiers, he had not cast any blanket blame.

Israel’s ambassador to Poland Anna Azari was summoned by Poland’s government on Friday and was asked to clarify Netanyahu’s comments.

Morawiecki said in an interview published on Sunday by Polish news agency PAP that Azari explained that PM Netanyahu was referring to individual cases of Poles collaborating with Nazis.

Tensions between Israel and Poland ran high last year after Poland introduced new legislation that would make the use of phrases such as “Polish death camps” punishable by up to three years in prison.

After pressure from the U.S. government and an outcry in Israel, Poland watered down the legislation, removing the prison sentences.

Many Poles still refuse to accept research showing thousands participated in the Holocaust in addition to the thousands who risked their lives to help the Jews.