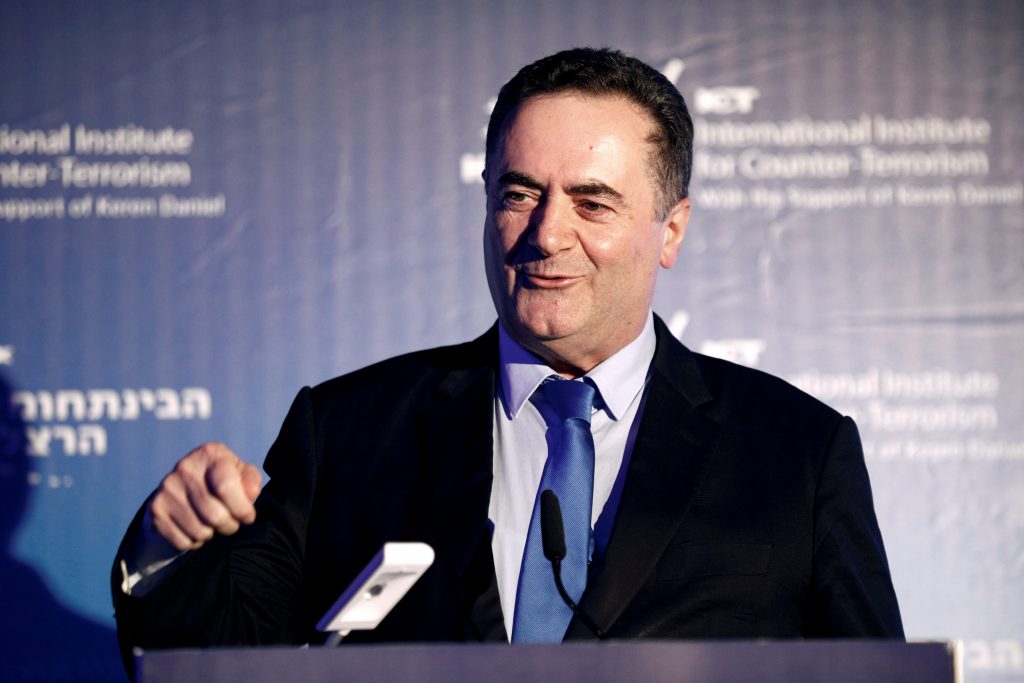 Yisrael Katz, Israel’s newly appointed foreign minister, stepped into the fraught relationship with Poland on Sunday, his first day on the job, with a plainly-worded statement on the Holocaust that lined up with that of Prime Minister Binyamin Netanyahu’s.

“Poles cooperated with the Nazis,” Katz told Channel 13 on Sunday evening, indicating that these were individual Poles, not the Polish government, and therefore not in conflict with the new Polish law on Holocaust speech.

In addition, Katz attacked Israel Resilience Party Chairman Benny Gantz, pointing out that “as chief of staff, he supported the [2015 Iran] nuclear agreement and said it was good, unlike [Prime Minister Binyamin] Netanyahu who opposed it. Gantz opposed an attack on Iran and wanted an agreement in negotiations.”

Katz will serve as acting foreign minister until the April 9 elections. In the event of a Likud victory, he will presumably have a leg up for the portfolio over others who are known to covet it, such as Education Minister Naftali Bennett (New Right) and Energy and Water Minister Yuval Steinitz (Likud).

Since Katz’s appointment is only for the interim, it does require approval by the Knesset.

Katz met with Foreign Ministry Director-General Yuval Rotem on Sunday, who welcomed the announcement saying that Katz would “lead us to more foreign policy achievements; the entire ministry stands at his service and wishes him success.”

Following that meeting, Katz tweeted that he was “excited” by the appointment, appreciated the trust that Mr. Netanyahu has placed in him, and that he was taking over the post “with a great sense of mission.”

The ministry’s workers committee welcomed the arrival of a full-time minister, which it hopes will lead to an improvement in working conditions and morale.

“The organizational destruction that the Foreign Ministry has gone through over the last few years, as well as the violation of agreements signed with the ministry’s workers, need to be fixed urgently,” the committee said. “We will sit with the minister and find ways to move forward different issues on the agenda.”