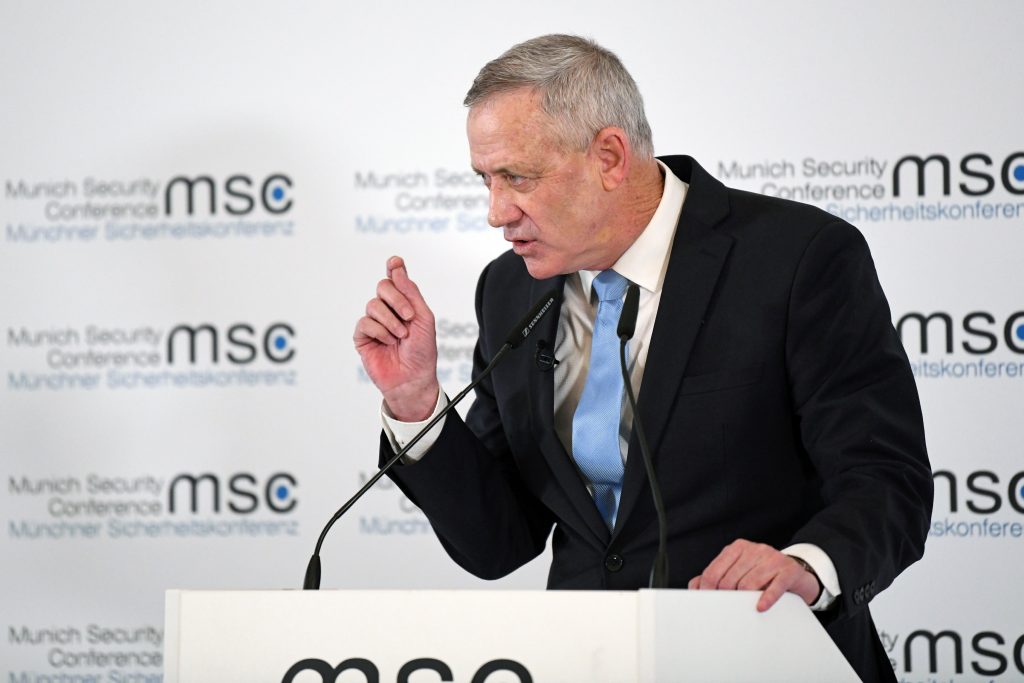 “I am standing shoulder to shoulder with Prime Minister Netanyahu in the fight against Iran’s aggression,” Gantz told the Munich Security Conference.

Polls predict that Netanyahu’s Likud party will win about 30 seats – enough to form a coalition similar to one he now heads.

The surveys forecast a second-place finish, with some 20 seats, for Gantz’s Resilience party. That would line him up to join a future Netanyahu-led coalition – unless he tries to mobilize other factions against the incumbent.

In the speech, Gantz echoed many of Netanyahu’s themes in describing Iran as a danger to the Middle East and the world.

Netanyahu, in an apparent swipe at Gantz, said in public remarks to his Cabinet on Sunday that as prime minister he had spearheaded a campaign against Iran and “today we have all kinds of hitch-hikers who are riding the wave.”

Netanyahu has strongly opposed the 2015 nuclear deal between Iran and international powers, and Israel’s air force has carried out numerous attacks in neighboring Syria against Iranian forces allied with President Bashar al-Assad.

“When Israel’s security is under threat, there is no daylight between us,” Gantz said about Netanyahu.

Gantz spoke shortly after Iranian Foreign Minister Mohammad Javad Zarif told the conference that risk of war with Israel was great and accused it of violating international law with its bombing campaigns in Syria.

Gantz, while not commenting directly on Zarif’s allegations, cautioned the forum not to be “fooled by his lies” or eloquence.

On prospects for Middle East peace, Gantz did not mention the Palestinians or the collapse of talks with them in 2014. But he said Israel “will always reach its hand out to anyone who seeks peace with us” while guarding its security interests.