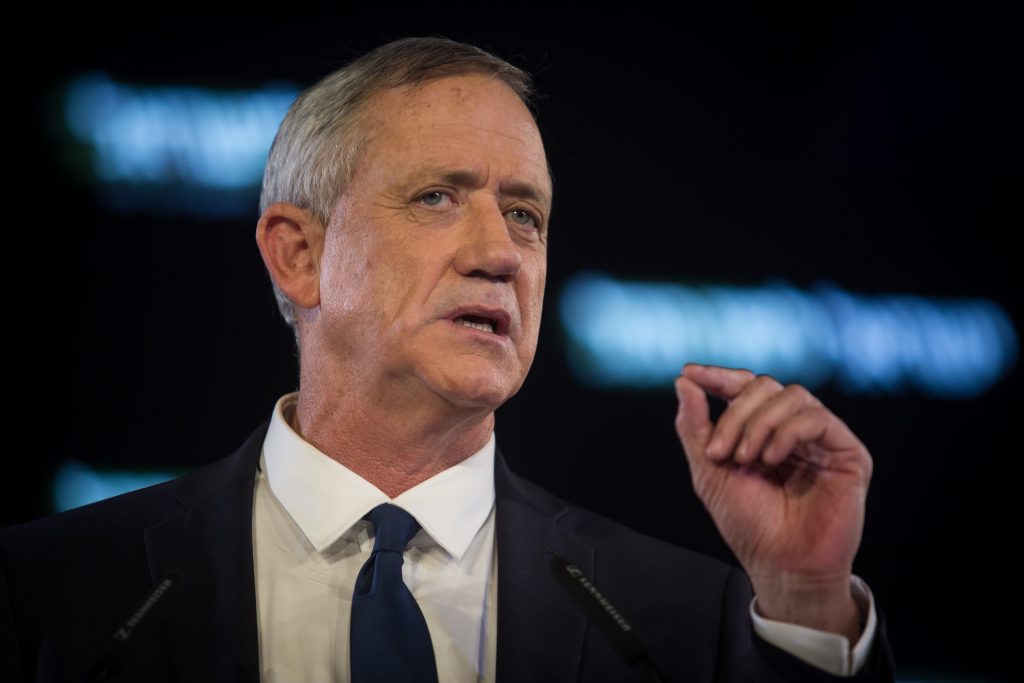 The Likud on Sunday will demand that the State Attorney open an investigation into the relationship between Resilience Party head Benny Gantz and former Chief of Israel Police Roni Alsheich over the sale of a major security system to police without a tender. The value of the sale was several million shekels, a report in Ha’aretz said.

The deal took place several years ago, when Gantz was chairman of “Meimad Hachmishi” (the Fifth Dimension), a security firm that was attempting to develop advanced technologies for law enforcement. The company’s solution, based on artificial intelligence, was termed a “game-changer for security” by Alsheich. In a 2015 interview with Globes, Gantz said that the system “will ensure that there are few terrorists and fewer criminals.”

The sale was made without a tender, as required by law. The Likud will demand that the deal and the relationship between Gantz and Alsheich be investigated. The sale to the Israel Police was apparently the only one the company made. Among the suspicions the Likud wants investigated is the possibility that there were individuals among the company’s employees with connections to police, who facilitated the deal and authorized it without a tender.