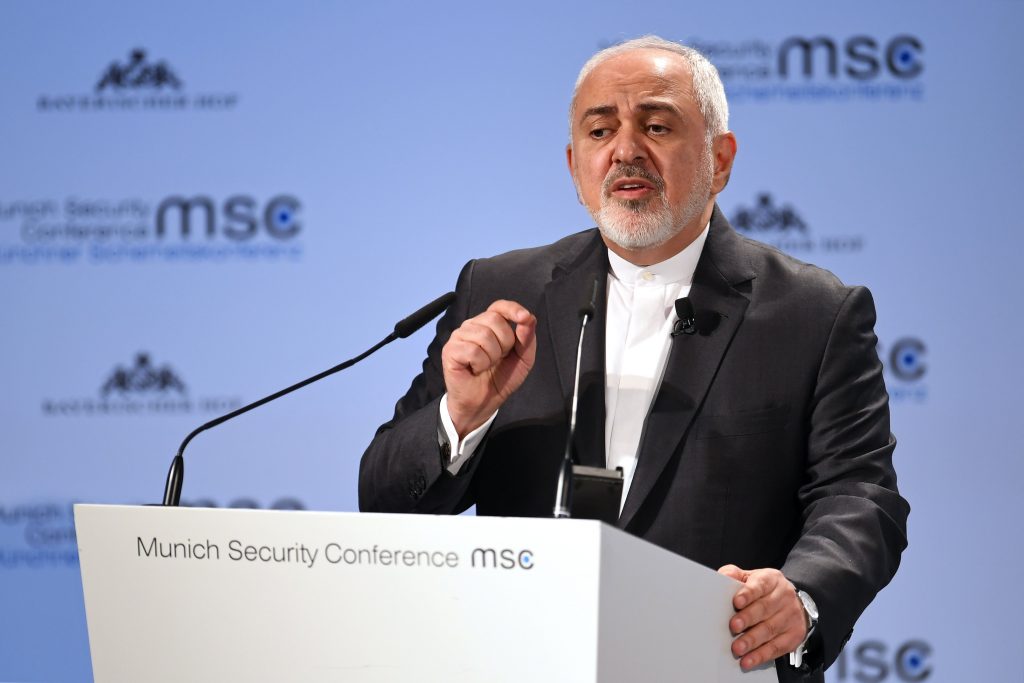 Europeans need to do more than talk if they want to preserve a deal meant to keep Tehran from obtaining a nuclear weapon after the unilateral withdrawal of the United States, Iran’s foreign minister said Sunday, slamming Washington as the “biggest source of destabilization” in the Middle East.

Mohammad Javad Zarif told a gathering of world leaders, top defense officials and diplomats that a barter-type system known as INSTEX set up last month by France, Germany and Britain to allow businesses to skirt direct financial transactions with Iran, and thereby evade possible U.S. sanctions, is not enough.

“Many around the world, particularly on this continent, speak eloquently about multilateralism, but they also need to walk the walk,” Zarif told the Munich Security Conference in an impassioned address. “For instance, INSTEX falls short of the commitments by the [European countries] to save the nuclear deal. Europe needs to be willing to get wet if it wants to swim against a dangerous tide of U.S. unilateralism.”

The three European nations, as well as Russia, China and the European Union as a whole, have been struggling to save the 2015 deal with Iran since President Donald Trump announced the unilateral American withdrawal last year and reimposed sanctions.

The deal promises Iran relief from sanctions in exchange for limiting its nuclear program, and so far the International Atomic Energy Agency (IAEA) has said Tehran has been living up to its obligations.

Those working to preserve the agreement have been trying to walk a fine line between mollifying Iran without angering Washington. Zarif’s comments appeared directed at European assurances that INSTEX could concentrate on products not currently subject to U.S. sanctions, such as medicine, medical supplies, and agricultural goods, rather than on broader trade.

Before Pence spoke, German Chancellor Angela Merkel defended the Iran deal, saying that while she shared concerns about Iran’s missile program and regional ambitions, it was important to keep “the small anchor we have in order maybe to exert pressure in other areas.”

Merkel’s comments, and her defense of global diplomacy instead of go-it-alone foreign policy, drew lengthy applause.

Zarif told the conference that Pence had “arrogantly demanded that Europe must join the United States in undermining its own security and breaking its obligations” and urged them to push back against American pressure.

“If the United States were to come, in the course of their fight with China, and tell Europe to stop dealing with China, what would you do?” he asked. “Whatever you [would] want to do then, do now in order to prevent that eventuality.”

He would not comment on whether the nuclear deal will survive without the U.S. but said Iran was not prepared to renegotiate it as Trump has suggested.

“Nothing can be done that is better than this deal,” he said. “It’s not all we want and it’s certainly not all the United States wants, but it’s the best that can be achieved.”

Responding to Pence’s comments that Iran was the “greatest threat to peace in the Middle East,” Zarif said the U.S. had an “unhealthy fixation” with Iran and was itself the “single biggest source of destabilization in our neighborhood…

“The U.S. claims, and unfortunately some blindly parrot, that it is Iran which is interfering in the region, but has it ever been asked whose region?” Zarif said. “Just glimpse at a map for a second — the U.S. military has traveled 10,000 kilometers to dot all our borders with its bases. There is a joke that it is Iran’s fault that it put itself in the middle of all [the] U.S. bases.”