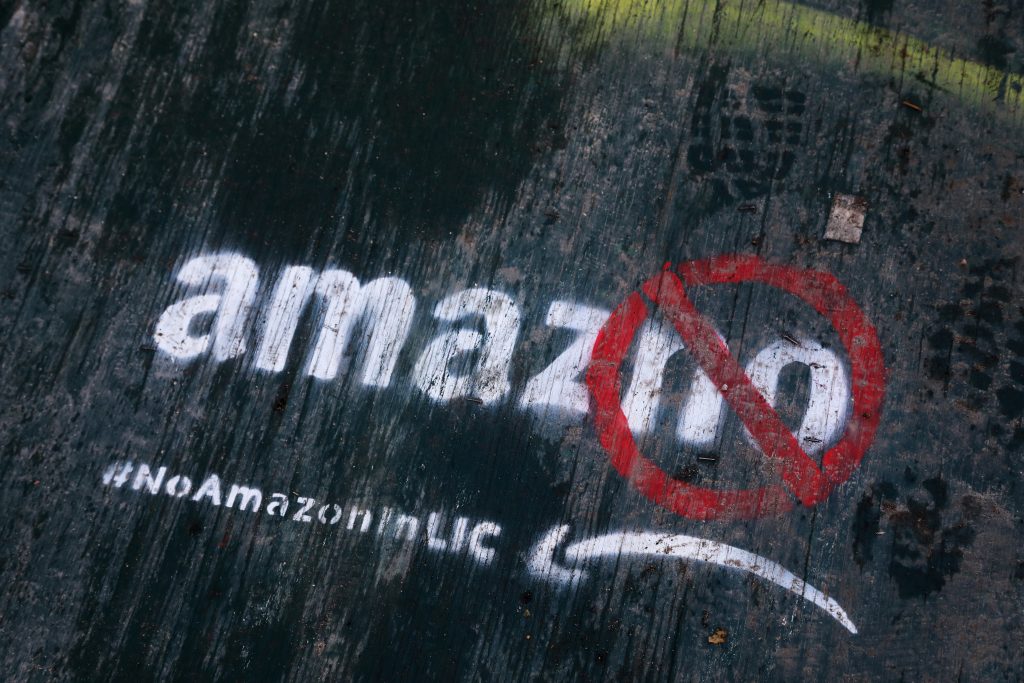 Two days after Amazon pulled out of New York, citing progressive opposition, Mayor Bill de Blasio said that Amazon was to blame for not trying to win the critics over.

The Democratic mayor said in an op-ed in The New York Times Saturday that Amazon’s “capricious decision to take its ball and go home” won’t diminish rising anger over economic inequality.

Amazon officials joined de Blasio and Gov. Andrew Cuomo in November to announce plans to build a $2.5 billion headquarters in Queens. The two said the $2.8 billion in tax breaks and subsidies they were offering Amazon would result in $27 billion in tax revenue and between 25,000 and 40,000 jobs.

But Amazon pulled the plug on the deal Thursday in the face of opposition from some elected officials and activist groups.

One of those progressives, socialist Rep. Alexandria Ocasio-Cortez, returned to her home district in the Bronx Saturday for a victory lap. The freshman Democratic lawmaker did not mention Amazon by name but said, “It’s not just about any job, it’s about dignified jobs in New York City. We do not have to settle for scraps in the greatest city in the world.”

Ocasio-Cortez’s district encompassing parts of the Bronx and Queens adjoins the Long Island City neighborhood where Amazon planned to build its campus, and she was one of the early politicians to voice opposition to the tech giant’s plans.

Ocasio-Cortez told about 300 cheering supporters gathered at a Bronx high school for a ceremonial swearing-in ceremony, “If people do not want to negotiate, that’s their problem, not ours.”

Cuomo blamed “a small group” of politicians who “put their own narrow political interests above their community” for the death of the deal.

But fellow Amazon critics who attended Ocasio-Cortez’s event were unabashed.

“We know how to throw down when we have to in Queens,” said state Sen. Michael Gianaris, a Democrat who opposed the plan to offer $2.7 billion in tax incentives and subsidies for an Amazon headquarters in his district. He added, “Democrats attacking other Democrats because they’re standing up for their community is wrong and it’s got to stop.”