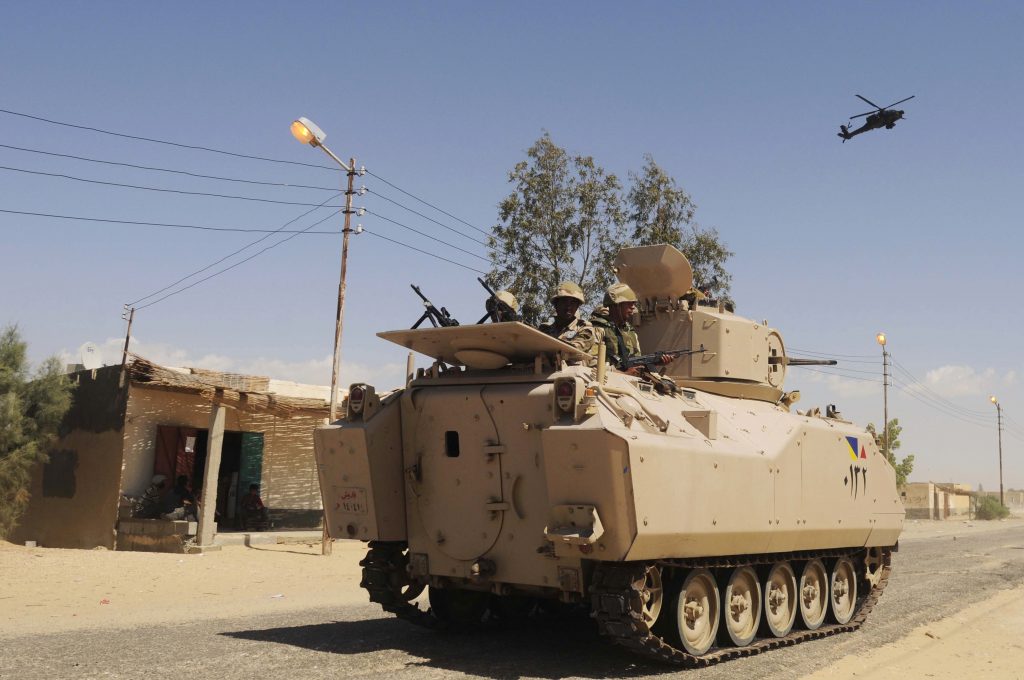 The breakdown of military casualties was not immediately clear. However, two security sources told Reuters that some of the injuries were serious.

The Islamic State later claimed responsibility for the attack on its news agency AMAQ. It said it killed at least 15 Egyptian troops, revising an earlier figure of 20 killed south of the provincial capital of Arish after clashes with “various kinds of weapons.”

The group did not provide evidence for its claim.

Security forces launched a campaign a year ago against Islamist militants focused on Egypt’s Sinai peninsula, and say they have killed several hundred militants since then.

“Combing operations and the pursuit and elimination of the terrorist elements in the area where the incident took place is ongoing,” the military spokesman said in a statement.