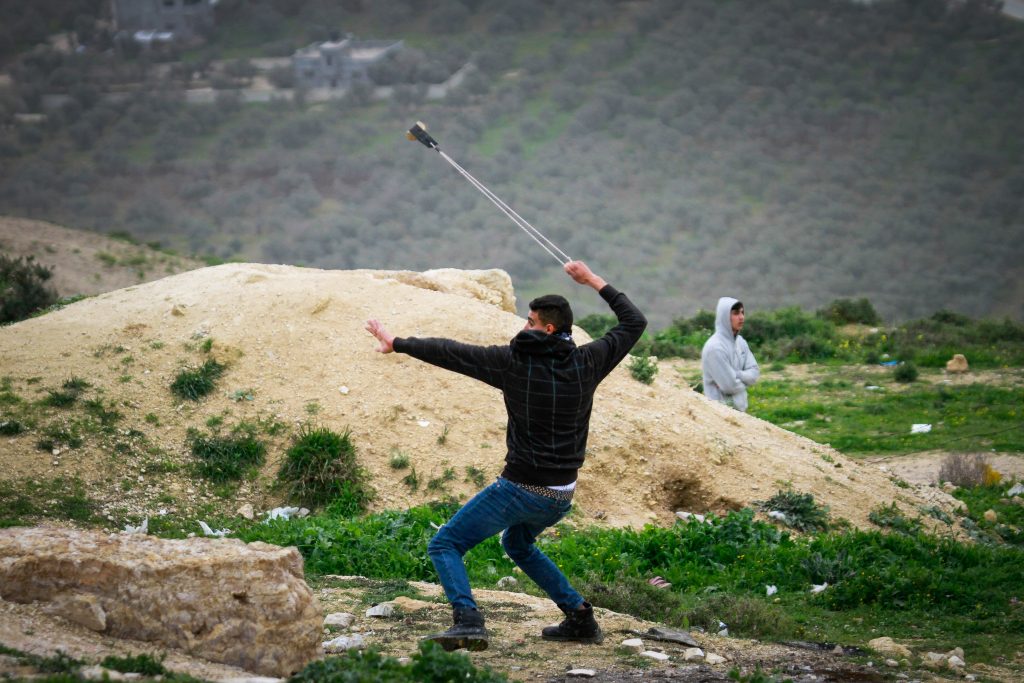 More than 11,000 Gaza Arabs rioted along the border fence Friday . afternoon, throwing rocks and firebombs. Israeli security forces responded with anti-riot measures, firing rubber bullets and tear gas to break up the riots. One Israeli soldier was injured when rioters threw a firebomb at him. The soldier was taken to Barzilai Hospital in Ashkelon for treatment.

Meanwhile, Gaza Arab terrorists renewed their dispatching of terror balloons to Israel. Several balloons fell on electrical wires over the southern town of Netivot. Several other balloons fell in parts of the town. Police were able to dismantle the attached devices before they exploded.

On Motzoei Shabbos, security officers arrested an Arab who attempted to enter Israel at the El-Jib crossing north of Yerushalayim. The Arab raised the suspicions of the officers, who examined his belongings and discovered that he was carrying a knife. Officers who questioned him said he told them that he was on his way to carry out a terror attack in Yerushalayim.