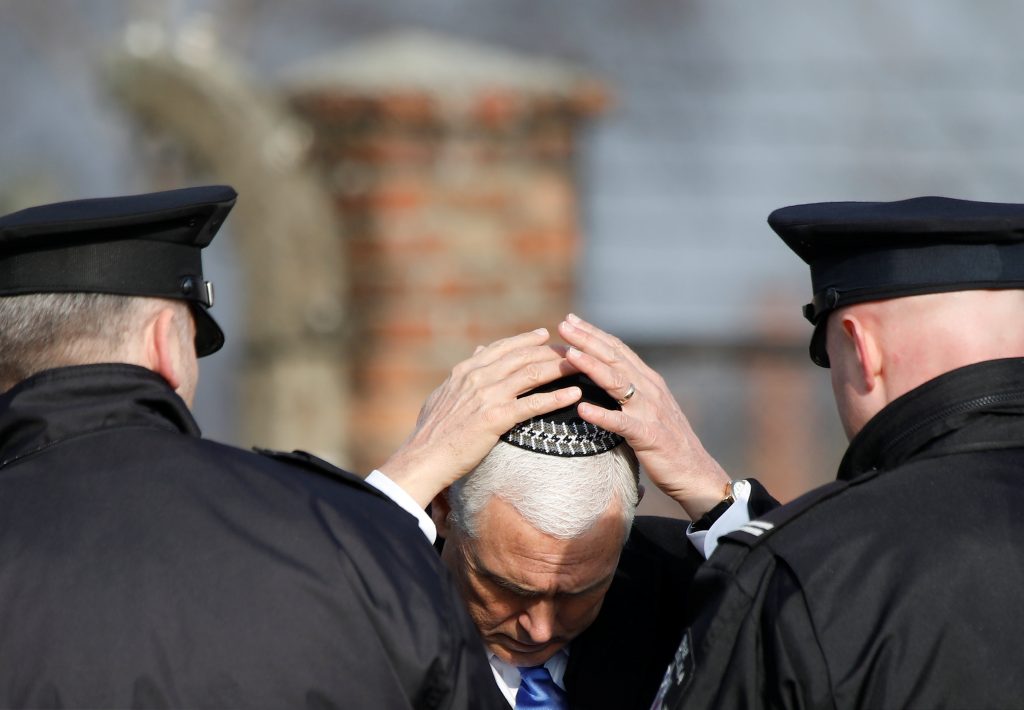 Iran on Saturday rejected accusations of anti-Semitism leveled against it by U.S. Vice President Mike Pence, saying it respected Judaism but opposed Israel, which Tehran said was acting like a “killing machine against the Palestinians.”

Pence accused Iran of Nazi-like anti-Semitism on Friday after visiting the Auschwitz concentration camp in Poland, maintaining his harsh rhetoric just a day after attacking European powers for trying to undermine U.S. sanctions on the Islamic Republic.

“The principle that underlies our foreign policy is the aggressive and occupying nature of the Zionist regime [Israel]…, which is a killing machine against the Palestinian people,” Qasemi said, according the ministry’s website.

Iran‘s ancient Jewish community has slumped to an estimated 10,000-20,000 from 85,000 at the time of the 1979 Islamic Revolution, but it is believed to be the biggest in the Middle East outside Israel.

A senior Iranian Revolutionary Guards commander in January threatened Israel, which Iran does not recognize, with destruction if it attacks Iran, state media reported.

The United States is seeking to isolate Tehran. It reimposed economic sanctions last year after pulling out of the landmark 2015 Iran accord with world powers aimed at preventing Iran from developing a nuclear weapon.

The European Union is trying to keep the nuclear deal alive, however, and has developed a mechanism to open a channel to continue trade with Iran, drawing sharp criticism of Brussels from Pence on Thursday.