World U.S., China Wrap Up Trade Talks With No Word on Progress
World 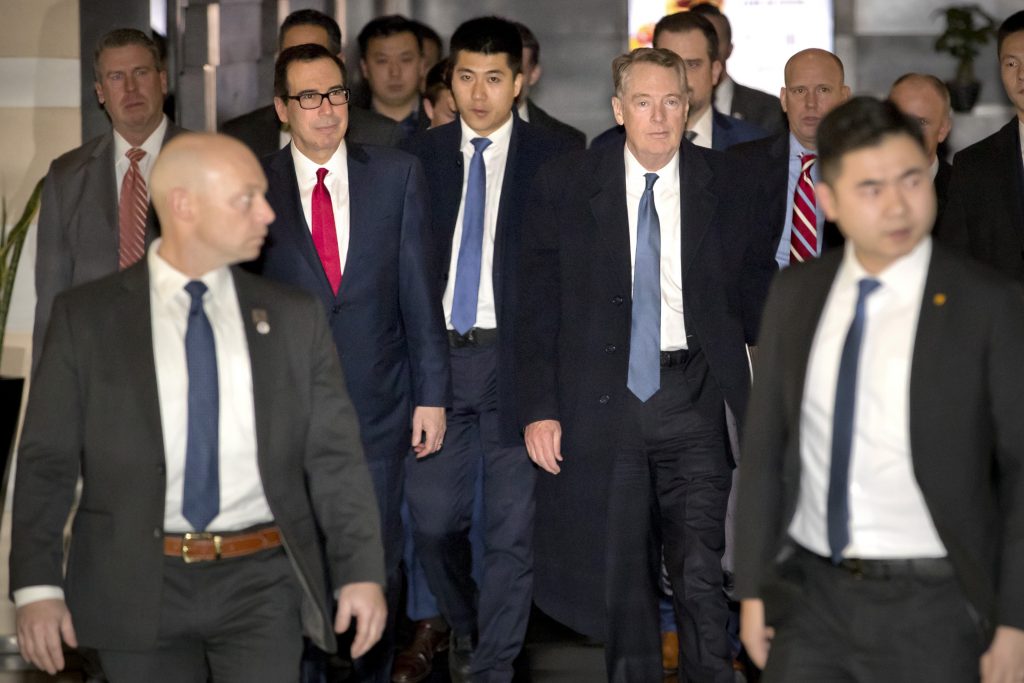 Two days of U.S.-Chinese trade talks ended with no immediate word of progress Friday after President Donald Trump’s top economic adviser said he not yet decided whether to escalate a technology dispute by going ahead with a March 2 tariff increase on imports from China.

Delegations to the talks met at a government guesthouse. They left without speaking to reporters.

Business groups and economists said this week’s talks were too brief to resolve the fight that companies and investors worry will chill already weakening global economic growth.

They suggested that China’s goal was to persuade Trump to push back the planned penalties on $200 billion of Chinese imports.

There was no indication the delegations led by U.S. Trade Representative Robert Lighthizer and his Chinese counterpart, Vice Premier Liu He made progress on the thorniest dispute: U.S. pressure on Beijing to scale back plans for government-led creation of Chinese global leaders in robotics and other technologies.

Trump had made no decision on the tariff hike, Kudlow said. The president said Tuesday he might let the March 2 deadline “slide for a little while” if the talks go well.

Kudlow declined to give details of the talks but said, “They’re covering all the ground. They’re hard at it.”

Trump raised tariffs in July over complaints Beijing steals or pressures companies to hand over technology. The dispute has spread to cover cyber-spying traced to China, the country’s multibillion-dollar trade surplus with the United States and support for state industry.

Beijing has offered to narrow its trade surplus by purchasing more American soybeans, natural gas and other exports. But the government has resisted pressure to cut back development plans it sees as a path to prosperity and global influence.

“From politics to economy to ideology, the United States hopes to intervene in China’s affairs,” said the newspaper Global Times, published by the ruling Communist Party.

Chinese officials also balk at U.S. pressure to accept an enforcement mechanism to monitor whether Beijing carries out its promises.

Beijing has tried to deflect pressure by emphasizing China’s growth as an export market. It has announced changes over the past year to open finance and other fields, including allowing full foreign ownership in its auto industry for the first time.