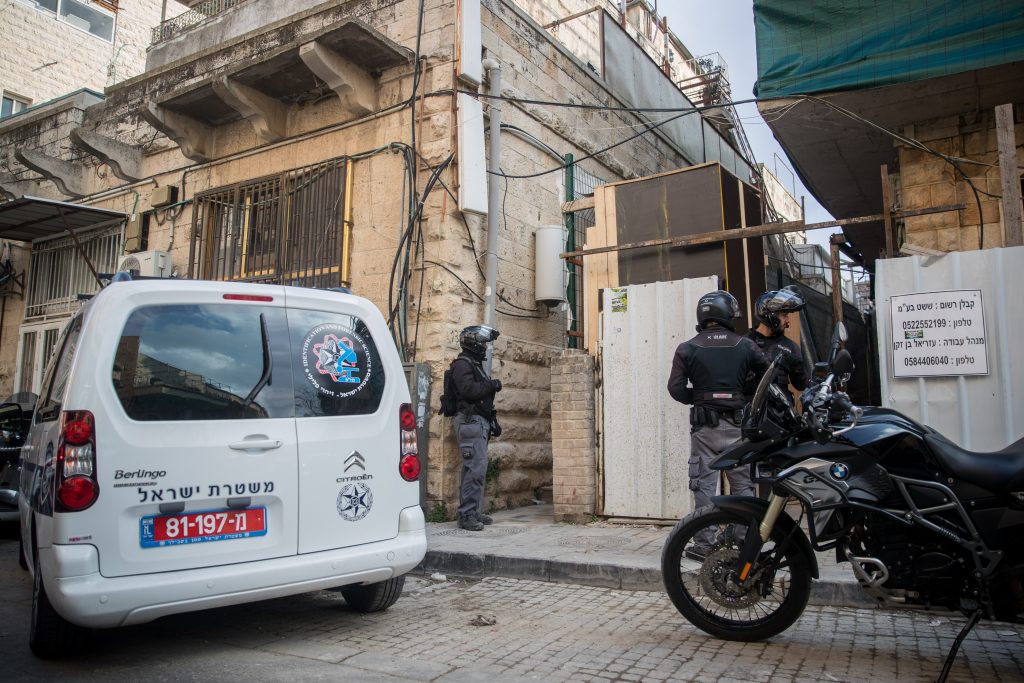 Two Arabs who were arrested Thursday in an incident in which a metal rod was dropped on the head of a 15-year-old female student in Yerushalayim will be brought for an extension of their remand Friday.

Meanwhile, suspicions that the incident was a planned terror attack grew Friday, as police arrested at least an additional ten suspects in the case Friday morning. There are now at least a dozen suspects in custody now, Walla News reported.

The victim is still in Hadassah Ein Kerem Hospital, after suffering from serious injuries caused by the impact of the bar. In a statement, the hospital said that the victim was being treated in the hospital’s neurosurgery unit.

Police are charging the two with negligence, but her parents have said in several interviews that they are convinced that she was the victim of a terror attack. Speaking to Channel 20, the parents said that her school had several times asked police to investigate several “near misses,” in which objects fell on the ground from the building site in the proximity of students. Police said they were investigating all possibilities in the case.

The incident occurred on Thursday afternoon when the bar hit the girl on the head next to a construction site on David Yellin Street in Yerushalayim. Medics treated her on site and then took her to the hospital. The public was asked to daven for Tehillah bas Yael, for a refuah sheleimah.