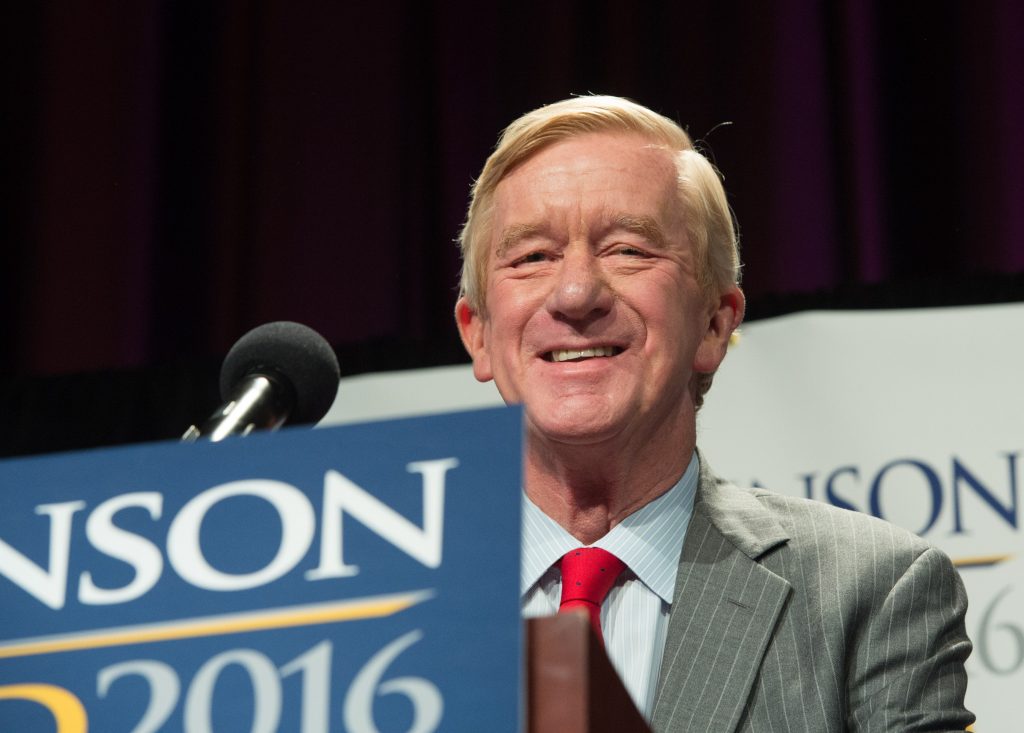 There are new signs he won’t be the last.

In the immediate aftermath of the 73-year-old Weld’s announcement at a breakfast event in New Hampshire, a senior aide for former Ohio Gov. John Kasich indicated that Kasich is likely to launch a primary challenge as well.

“All of our options remain on the table and we’re leaning toward a primary run,” Kasich aide John Weaver told The Associated Press.

“I think he deserves a lot of credit for being the first one in the pool. The water’s pretty cool at this point,” Kristol said of Weld. “But he won’t be the last.”

Hogan aides acknowledge that the two-term Republican governor is openly considering a Trump challenge. Hogan is expected to spend the next two months focused on his state legislative session to be followed by a more active exploratory phase likely to include appearances in key primary states such as Iowa and New Hampshire.

While Trump’s overall approval ratings have been poor for much of his presidency, he remains popular with Republican voters. Yet some Republican operatives in and out of Trump’s campaign have taken steps to protect the president from a serious primary challenge, which historically has foreshadowed trouble ahead for incumbent presidents.

Bush and Jimmy Carter lost their bids for a second term after facing challenges from inside their own party.

“We have a president whose priorities are skewed toward promotion of himself rather than for the good of the country,” Weld said. “He may have great energy and considerable raw talent but he does not use that in ways that promote democracy, truth, justice and equal opportunity for all. To compound matters, our president is simply too unstable to carry out the duties of the highest executive office in the land.”

“The RNC and the Republican Party are firmly behind the president,” said Republican National Committee spokeswoman Cassie Smedile. “Any effort to challenge the president’s nomination is bound to go absolutely nowhere.”

Stephen Stepanek, chairman of the New Hampshire Republican Party, pointed to Weld’s past support of President Barack Obama and said he didn’t expect his campaign to get very far among Republican primary voters.

Weld “really needs to think about how welcome he is in the Republican Party,” Stepanek said.

Fiscally conservative but socially liberal, Weld ran on the Libertarian Party ticket in 2016 with former New Mexico Gov. Gary Johnson, receiving about 4.5 million votes, or a little more than 3 percent of the national popular vote.

Despite a pledge that he would remain a loyal libertarian, Weld on Jan. 17 walked into the clerk’s office of the Massachusetts town where he lives and re-registered with the GOP, adding to speculation that he would challenge Trump in the primaries.

Weld has not won a political race since being re-elected governor by a landslide in his heavily Democratic state in 1994. He was first elected to the office in 1990, defeating a conservative Democratic candidate, and quickly became one of Massachusetts’ most popular governors in recent history.

While holding the line on spending and taxes, Weld as governor embraced socially liberal positions at odds with national Republicans. His low-key style and sharp wit also seemed to play well with voters, as did his penchant for the unexpected: He once ended a news conference touting progress in cleaning up Boston’s polluted Charles River by diving fully clothed into the waterway.

When Matt Mayberry, former vice chairman of the New Hampshire Republican Party, introduced himself to Weld on Friday as a veteran who is also socially liberal and a lifelong Republican, Weld exclaimed “You’re my guy!”

“It bothers me that you left the party, ran for vice president and came back. Please talk to me and other Republicans, moderate Republicans, about how, as Republicans, we can trust you to govern as a Republican,” Mayberry said.

Weld pointed to his record as governor, and said that while he considers himself a “small l” libertarian, the only way to effectively challenge Trump is to run as a Republican.

“I want to not dribble around the court but go right to the hoop,” Weld said. “If you want to go one-on-one here, it’s got to be as an ‘R,’ that can’t be helped. That’s the way this race has to be run. It feels good to be back here with the ‘R’ on my name.”