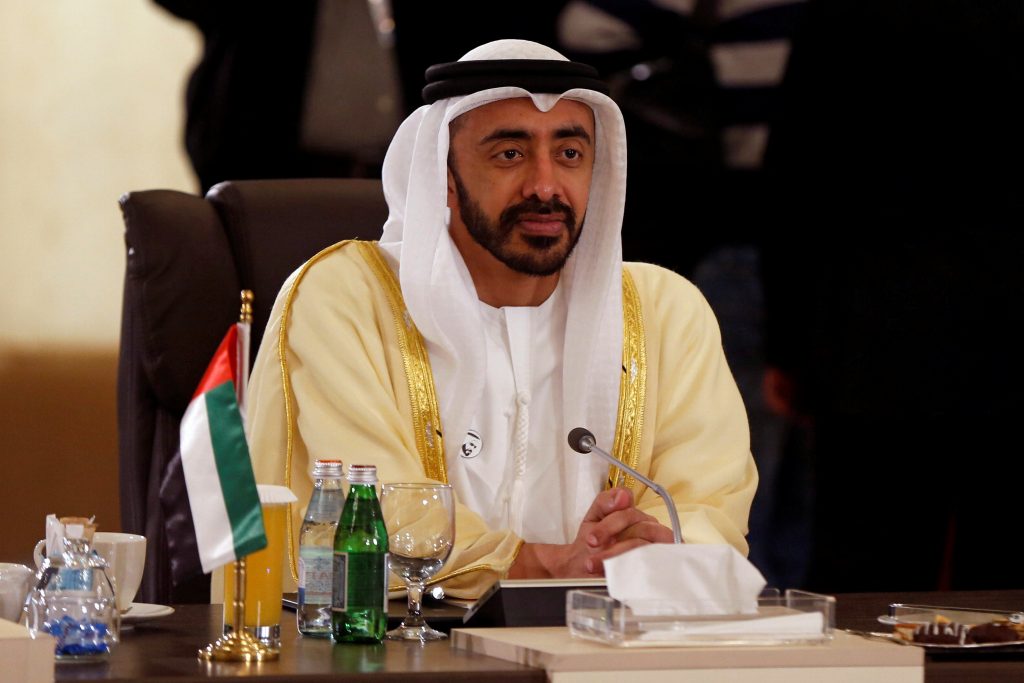 Video footage of a behind-closed-doors meeting in which Arab foreign ministers defended Israel’s right to self-defense and identified Iran as the greatest threat to regional peace was leaked by the Israeli Prime Minister’s Office on Thursday.

The 25-minute clip confirmed Israeli Prime Minister Binyamin Netanyahu’s description of the proceedings earlier in the day at the Warsaw conference.

When asked about Israeli air strikes in Syria by moderater Dennis Ross, the former U.S. envoy, United Arab Emirates foreign minister Sheikh Abdullah bin Zayed Al Nahyan indicated that Israel was justified, saying that “every nation has the right to defend itself, when it’s challenged by another nation, yes.”

Bahraini Foreign Minister Khalid bin Ahmed Al Khalifa talked about the change in attitude which has taken place in the Mideast:

“We grew up talking about the Israel-Palestine issue as the most important issue” that has to be “solved, one way or another.” he said. “But then, at a later stage, we saw a bigger challenge, we saw a more toxic one — in fact the more toxic one in our history — that came from the Islamic Republic.”

If it wasn’t for Iran’s regional aggression, “we would have been much closer today in solving this issue with Israel,” Khalifa continued.

“But this is a serious challenge that is preventing us now from moving forward anywhere, be it Syria, be it Yemen, be it Iraq, be it anywhere,” the Bahraini foreign minister said.

“So this is the challenge we have to face in order to deal with other challenges,” he said, referring to Iran.

Saudi Minister of State for Foreign Affairs Adel al-Jubeir also had scathing words for Iran and its proxies:

“Look at the Palestinians: Who is supporting Hamas and Islamic Jihad, and undercutting the Palestinian Authority? Iran,” he said, going on to cite several conflicts in the wider Middle East where Iran plays a destabilizing role.

“We cannot stabilize the region without peace between Israelis and Palestinians [but] wherever we go we find Iran’s evil behavior,” he said.

“One of the biggest jokes is when you say Hezbollah has a political wing and a military wing. There is no such thing,” he said.

Dennis Ross summed up the discussion in a tweet afterward: “Same room, same views of Iran’s aggressive, threatening posture in the Middle East, and unmistakable convergence of what should be done to counter it.”