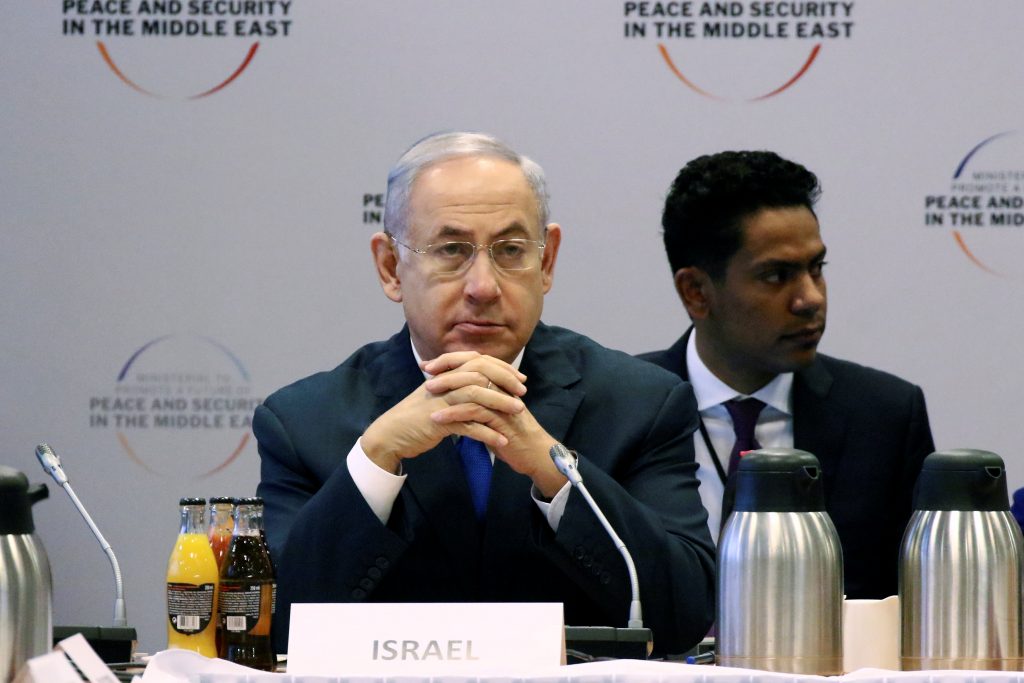 Prime Minister Binyamin Netanyahu has hailed the participation of Arab delegations alongside Israel in the Warsaw Mideast conference as the “breaking of a taboo.”

“Four out of five Arab foreign ministers who addressed the conference [on Thursday] spoke strongly and clearly against Iran, saying exactly what I’ve been saying for years,” Netanyahu was quoted in the Israeli media as saying. “They were as clear as possible about the issue, and Israel’s right to defend itself against Iranian aggression.”

The statements were made in a closed-door meeting, and Netanyahu did not specify which Arab foreign ministers out of ten participating Arab countries spoke out in support of Israel.

“Here you have Arab foreign ministers, who say that Israelis have the right to defend themselves, and don’t say it in secret but on a stage with 60 other countries present,” he said.

“It was a very important meeting and I don’t think we exaggerate its importance,” he added. “There is great importance in that they sit in one room, full of cameras,” aware that the proceedings would quickly become public knowledge.

Although the question of whether the Palestinian issue would be the focus of the gathering, Netanyahu, who had said on the eve of the event that Iran would be the main topic, said he was vindicated. While the Palestinians came up during the conference, he said, the Arab officials preferred to concentrate on Iran.

“Once the Palestinian issue took center stage. Now they say that first and foremost the Iranian issue needs to be dealt with,” Netanyahu said. In fact, the Arab officials who addressed the summit all agreed that an Israeli-Palestinian peace cannot be achieved as long as the Iranian problem is not addressed, he said.