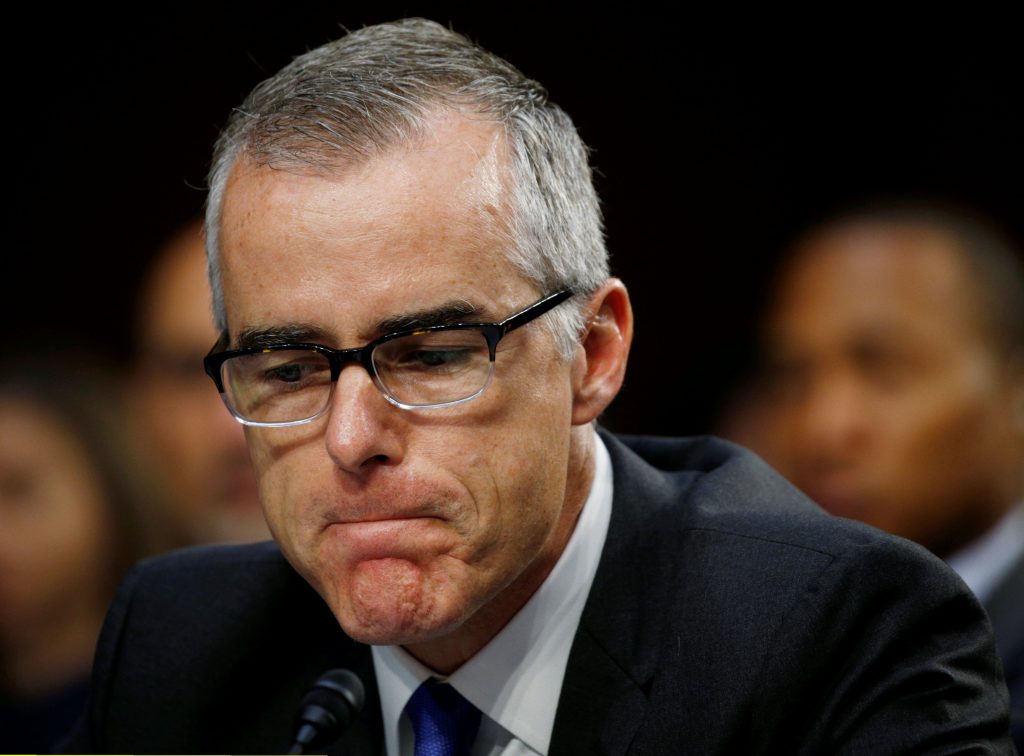 The FBI’s former acting director said he began an obstruction of justice and counterintelligence investigation involving U.S. President Donald Trump and his ties to Russia shortly after Trump fired Bureau Director James Comey in May 2017, CBS News reported on Thursday.

Former FBI Acting Director Andrew McCabe said he was disturbed by his conversation with Trump following Comey’s dismissal and got the investigations started the following day, according to excerpts from an interview to be broadcast on Sunday.

McCabe has written a book to be released next week, “The Threat: How the FBI Protects America in the Age of Terror and Trump.”

“I was very concerned that I was able to put the Russia case on absolutely solid ground in an indelible fashion that were I removed quickly and reassigned or fired that the case could not be closed or vanish in the night without a trace.”

It was the first public confirmation of the investigation by an official who was involved.

McCabe told CBS that there were meetings at the Justice Department to discuss the possibility of removing Trump under the Constitution’s 25th Amendment outlining how the Cabinet can decide whether a president can no longer do his job.

CBS said the events occurred in the eight days between Comey’s firing and the appointment of Special Counsel Robert Mueller to take over the investigations of Russian interference in the 2016 U.S. election, including the obstruction of justice and counterintelligence probes.

Mueller’s office is examining possible coordination between Moscow and the Trump campaign. Moscow has denied interfering and Trump says there was no collusion with his campaign.

In June 2017 Comey told a Senate committee he believed Trump had directed him to drop an FBI probe into the Republican president’s former national security adviser, Michael Flynn, as part of the broader Russia investigation.

McCabe himself was fired in March 2018 by then-U.S. Attorney General Jeff Sessions, who cited an internal investigation that found McCabe leaked information to reporters and misled investigators about his actions. McCabe said he was targeted over the Russia probe.