Israel Kushner: Israel, Palestinians Will Have to Compromise in Trump Peace Plan
Israel 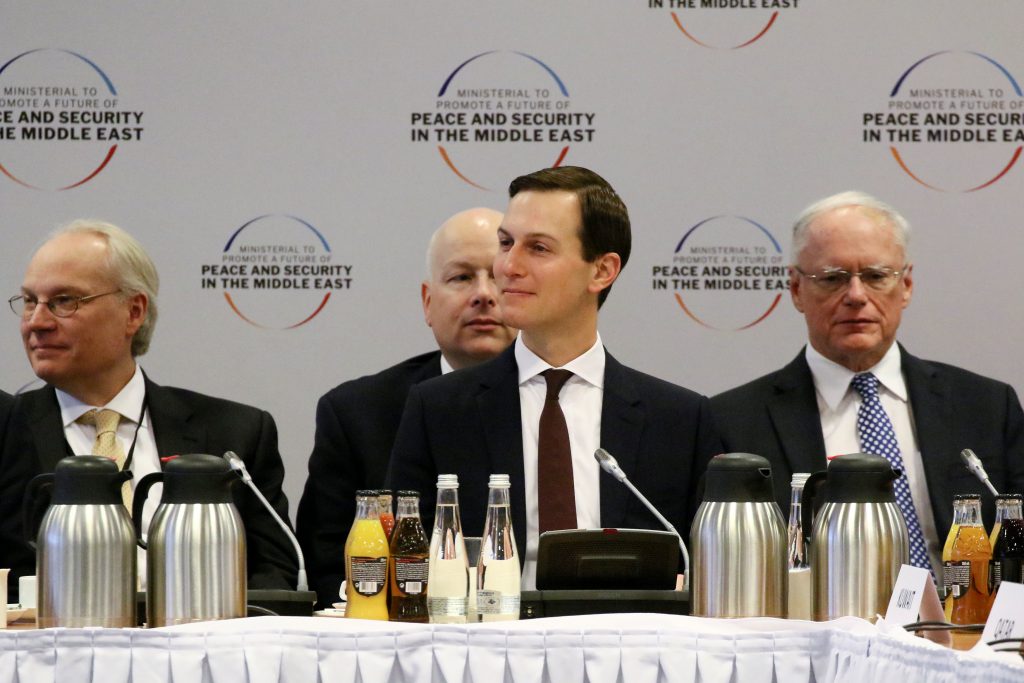 Senior White House adviser Jared Kushner said on Thursday that both Israel and the Palestinians will have to compromise in the  administration’s upcoming peace plan.

Speaking at the Mideast convention in Warsaw, Kushner said that the plan will be presented after the Israeli elections in April.

Kushner refrained from going into detail about the plan, but he said that both sides would have to “make compromises,” according to reports from the conference.

While Kushner refrained from discussing too many details of the plan, it was one of the first occasions he publicly discussed the U.S. efforts.

Palestinian officials, viewing the current U.S. administration as having a pro-Israel bias, declined to attend the conference.

Trump’s Mideast peace envoy, Jason Greenblatt, hinted to the peace plan in a tweet Thursday. He wrote that Prime Minister Binyamin “Netanyahu described the medical care given by Israel to thousands of Syrians who suffered from the tragic civil war in Syria. A great example of what Israel does to help the region. Imagine what can be accomplished if regional peace is achieved!”