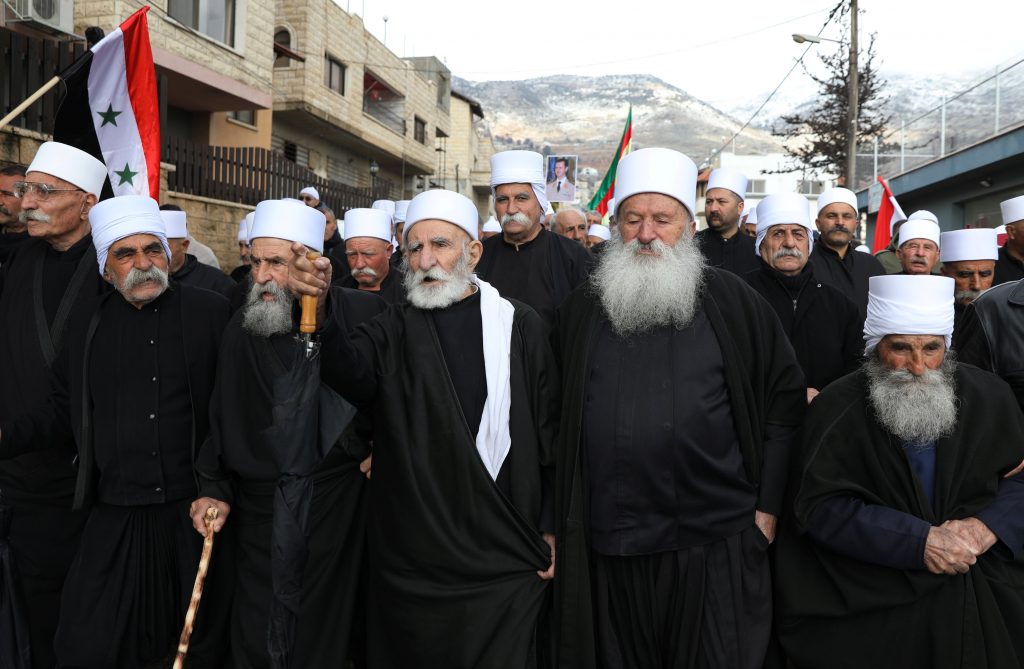 Carrying Syrian flags and pictures of President Bashar al-Assad, hundreds of Arab Druze who live on the Israeli Golan Heights gathered on Thursday to mark the annexation of the territory Israel captured from Syria in the 1967 war.

“This land is the land of our fathers and grandfathers, the land is ours. No one has the right to it other than the Syrians,” said Qasem Mahmoud al-Safadi from the village of Majdal Shams.

The Golan was part of Syria until Israel captured it in the 1967 Six Day War. Israel annexed the territory in 1981 in a move not recognized internationally.

The Druze are an Arab minority who practice an offshoot of Islam and whose adherents in Syria have long been loyal to its ruling Assad family.

Around 22,000 Druze live on the Israeli Golan. Israel, seeking to further integrate them, has offered citizenship but most Druze rejected it.

Another 120,000 Druze living in Israel make up about two percent of the population and are one of the country’s most integrated minorities.

Once willing to consider returning the Golan for peace with Syria, the Israelis have in recent years argued that the war in Syria and the presence there of an Iranian garrison backing Damascus show they need to keep the strategic plateau.