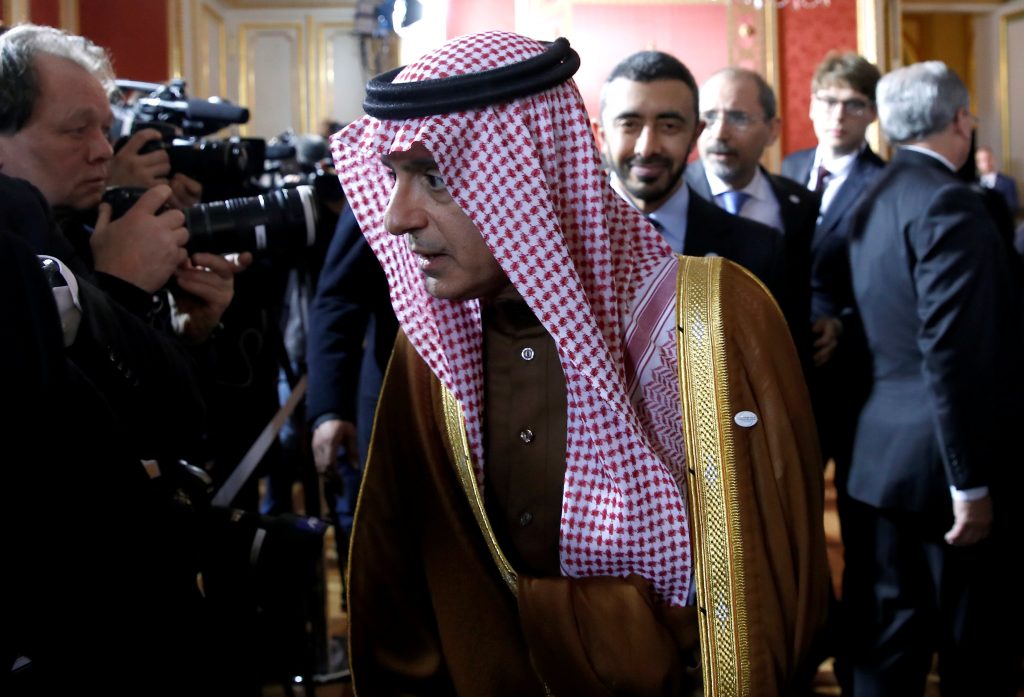 The Bahraini Foreign Minister Khalid bin Ahmed Al Khalifa on Thursday told The Times of Israel that his country would “eventually” establish diplomatic ties with Israel.

When asked on the sidelines of the international conference in Warsaw if he believed it would ever happen, Khalifa said: “Yes, eventually.”

It follows a report several days ago that Khalifa sent a message to Israeli Prime Minister Binyamin Netanyahu two years ago putting out a feeler for diplomatic normalization. The message was carried by then-foreign minister Tzipi Livni who met the Bahraini diplomat at a secret meeting at the Munich Security Conference in 2017, according to Channel 13.

U.S. Vice President Mike Pence on Wednesday hailed the sight of Prime Minister Netanyahu “breaking bread” with Arab leaders at a Mideast conference in Warsaw as a symbol of peacemaking and said he hoped it heralded further cooperation to come.

“Tonight I believe we are beginning a new era, with Prime Minister Netanyahu from the State of Israel, with leaders from Bahrain, Saudi Arabia, and the UAE, all breaking bread together, and later in this conference sharing honest perspectives on the challenges facing the area,” Pence said, addressing the guests.

“Poland and the US welcome this outward symbol of this gathering, a symbol of cooperation and a hopeful sign of a brighter future that awaits nations across the Middle East,” Pence said.

Netanyahu and the Arab officials also shared a stage during a group photo of the conference participants.