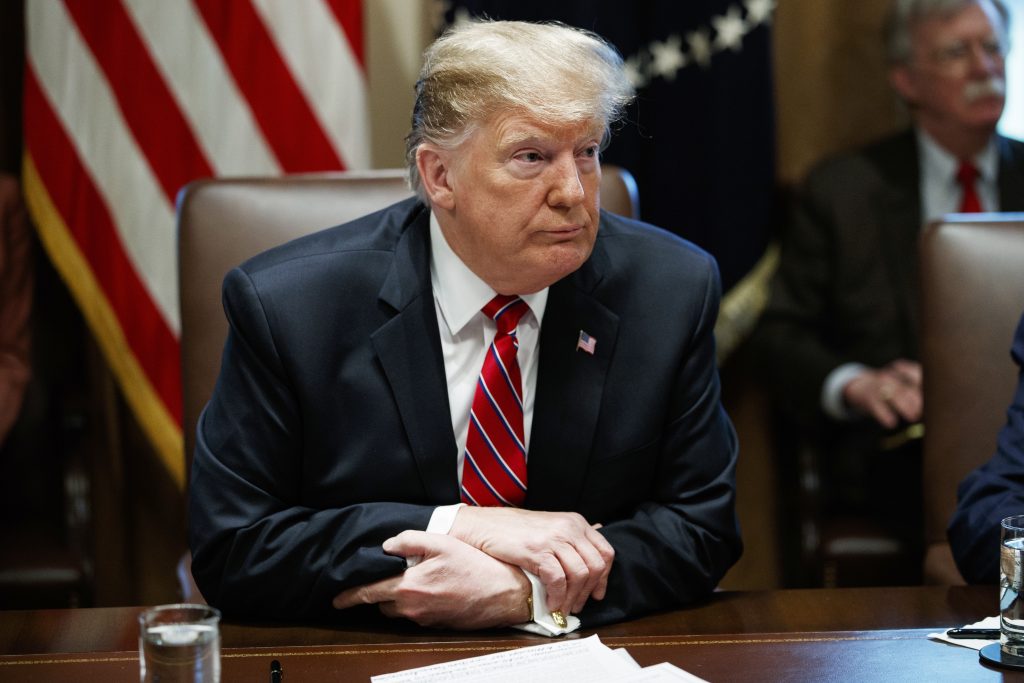 The White House said on Wednesday it was not clear whether President Donald Trump would sign a government funding deal to avoid a partial shutdown of federal agencies, even as a source familiar with the situation said he likely would.

“We want to see what the final piece of legislation looks like,” White House spokeswoman Sarah Sanders told reporters. “It’s hard to say definitively whether or not the president is going to sign it until we know everything that’s in it.”

Congress, which faces a tight deadline to pass legislation to avert another U.S. government shutdown, is considering a compromise measure that does not deliver all the funds Trump had demanded to build a wall along the U.S. border with Mexico.

On Tuesday, the Republican president said he was not happy with the deal and he did not rule out a possible veto of the legislation.

The Democratic-controlled House of Representatives could vote as soon as Wednesday evening, a senior aide said, despite not yet having produced a written copy of the agreement reached by congressional negotiators on Monday night.

The accord must also be passed by the Republican-controlled Senate and signed by Trump by the midnight Friday expiration of a stopgap measure that ended the longest federal shutdown in U.S. history.

The measure’s fate in the House was far from certain given the risk that conservatives and liberals will oppose the compromise for different reasons.

Congressional sources said the deal includes $1.37 billion for new border fencing, about the same as last year – along 55 miles of the border – but not the $5.7 billion Trump has demanded to help build his promised border wall.

Senior congressional Republicans, showing little appetite for another shutdown after being heavily criticized for the previous one, urged Trump to support the agreement.

“I think the president will sign it. I think he will do so reluctantly, and then obviously, have to use executive actions to secure our borders,” Representative Mark Meadows, head of the Republicans’ conservative caucus in the House, told reporters on Tuesday.

The Washington Post, citing a White House official, said Trump was likely to explore using his executive power to reallocate other federal funds for barrier projects along the southern border. CNN, citing the White House, also said Trump was weighing the use of an executive order, among other options.

“There are some positives in this bill, but it’s certainly not enough,” Sanders said in an interview with Fox News Channel. “The president and his team have been looking at every option possible to get the full funding they need in order to complete the wall.”

Trump surprised lawmakers when he withdrew support for a previous deal in December and demanded $5.7 billion in wall funding, which was opposed by Democrats in Congress. That triggered a 35-day shutdown of about a fourth of the federal government that left 800,000 federal workers furloughed or working without pay.

The president previously threatened to declare a “national emergency” if Congress did not provide money specifically for the wall – a move that would almost certainly draw opposition in Congress and in the courts.

Trump made the wall a central 2016 campaign promise, calling it necessary to combat illegal immigration and drug trafficking.