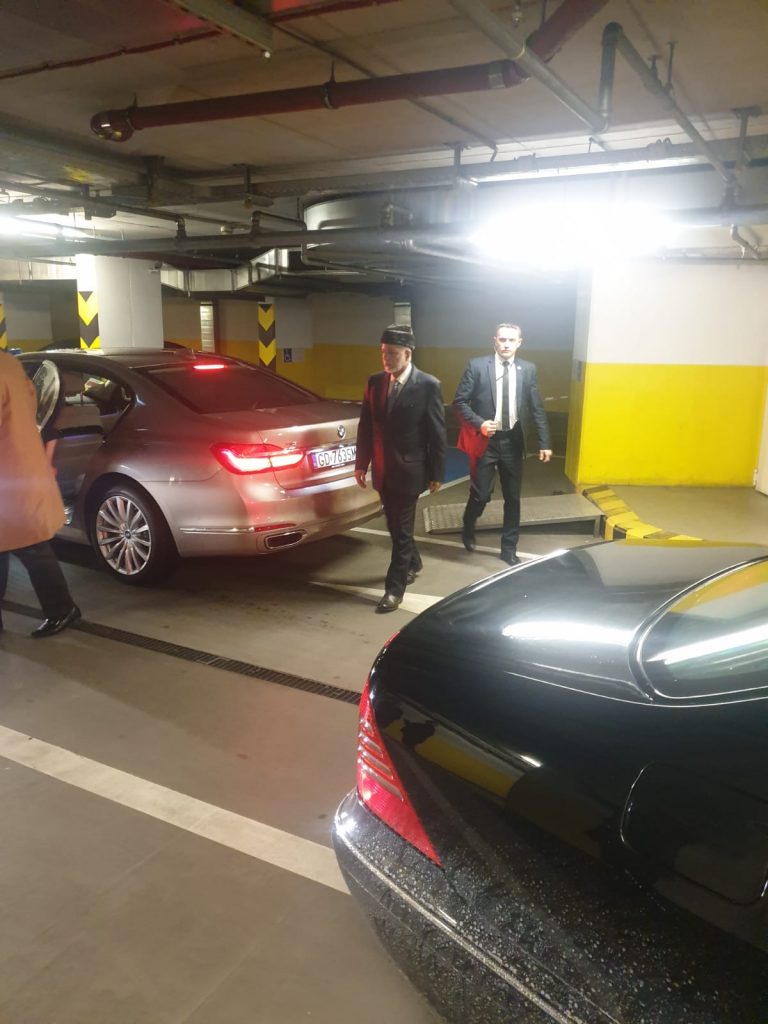 Israel’s relations with the Arab world has been improving, but even Oman is still wary of openly dealing with Israel.

The Omani Foreign Minister Yusuf bin Alawi was spotted entering the Warsaw hotel where Israeli Prime Minister Binyamin Netanyahu is staying by a garage entrance, in order to keep the visit secret, according to Walla news on Wednesday.

Netanyahu wasn’t shy at all about publicizing his meeting with Alawi, along with a picture of the two shaking hands, though the Prime Minister’s Office press release did not say where it was taken, except that they met “in Warsaw.”

“The courageous decision of Sultan Qaboos to invite me to Oman is changing the world. It’s pointing the way for many others to do what you said, not to be stuck in the past, but to seize the future.” Netanyahu visited Oman last year for a meeting with Sultan Qaboos.

“Many are following this lead, and may I say, including in this conference.”

Alawi responded: “This is an important and new vision for the future. People of the Middle East have suffered a lot because they are stuck in the past. This is a new era for the future and for prosperity for every nation.”

But with Arab public opinion still strongly against normalization with Israel, this week’s conference is unlikely to produce warm engagement right away, Yoel Guzansky, a senior researcher at Israel’s Institute for National Security Studies, told The Associated Press.

“Covert meetings already exist, and the ‘under-the-table’ relations are the world’s worst kept secret, so I don’t see what the Arabs would gain from shaking hands,” he said. “The point is to see everyone in the same room as a united front against Iran. But the Arab street is still nowhere near where the elites are regarding Israel, and too strong an embrace could draw fire.