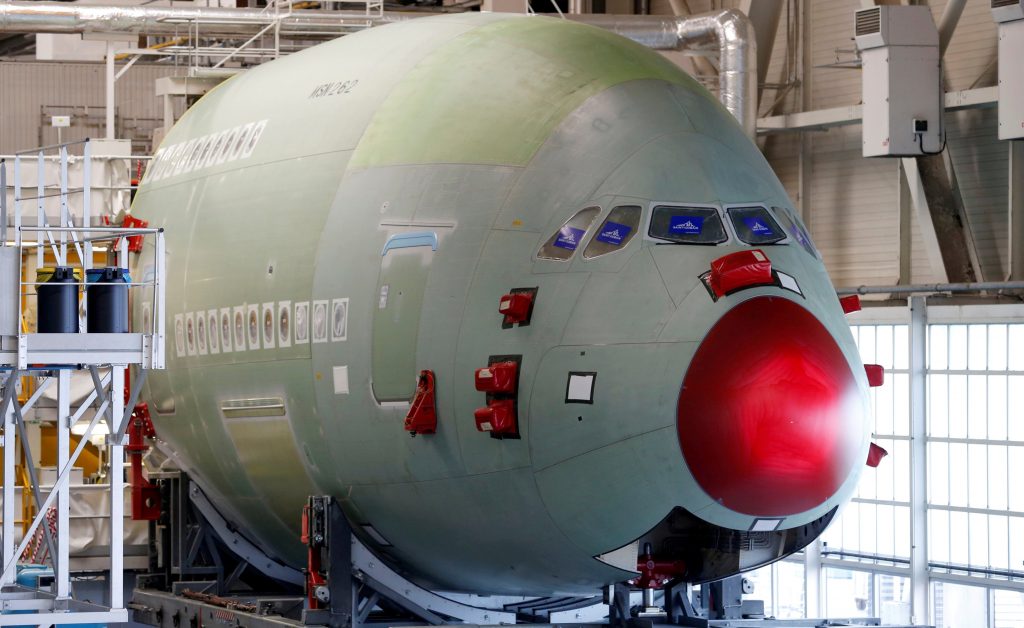 Airbus is nearing a decision to axe production of the world’s largest airliner amid a downward revision in demand from the Gulf and is likely to give an update with its full-year earnings on Feb. 14, industry sources and analysts said.

The move to shut production of the A380 superjumbo earlier than expected coincides with a review of purchases of very large aircraft by the plane’s biggest customer, Emirates, which has a fleet of 109 superjumbos and 53 left on order.

Due to weaker demand, the Dubai carrier is expected to scale down these purchases and place greater focus on smaller models in a shake-up that could have implications for both Airbus and its U.S. rival Boeing, industry sources said.

The fate of the A380 superjumbo has been in doubt since a vital order from Emirates foundered over inconclusive engine talks, forcing the two sides to weigh an alternative that would trigger a premature halt to A380 production.

Emirates is by far the largest customer for the 544-seat aircraft and analysts say production is unsustainable beyond 2020 without the new Emirates order.

Under the proposed reshuffle, first reported by Reuters, Airbus hopes to broker a deal that would see Emirates switch part of its order to smaller models like the A350 or A330, while eking out a few last-minute A380 orders from British Airways.

The timing of any final announcement may be driven by the outcome of those talks, but Airbus will be under pressure to provide some clarity on its plans in time for Thursday’s earnings following mounting speculation over the plane’s future.

“The A380 is the elephant in the hangar; it will be impossible to avoid saying something on the subject,” said Agency Partners analyst Sash Tusa.

The A380 is already on life support due to weak sales.

Any decision to pull the plug on the iconic European double-decker after just 12 years in service must be approved by the Airbus board, which meets on Wednesday.

The prospect of shutting output comes at an awkward moment for Airbus as rival Boeing celebrates the 50th anniversary of its 747 jumbo – the jet that revolutionized long-haul travel and which Europe’s A380 was designed to squeeze out of the market.

That left the A380 reliant solely on passenger demand at a time when advances in twin-engined jets like the Boeing 777 and A350 made four-engined models like the A380 less popular.