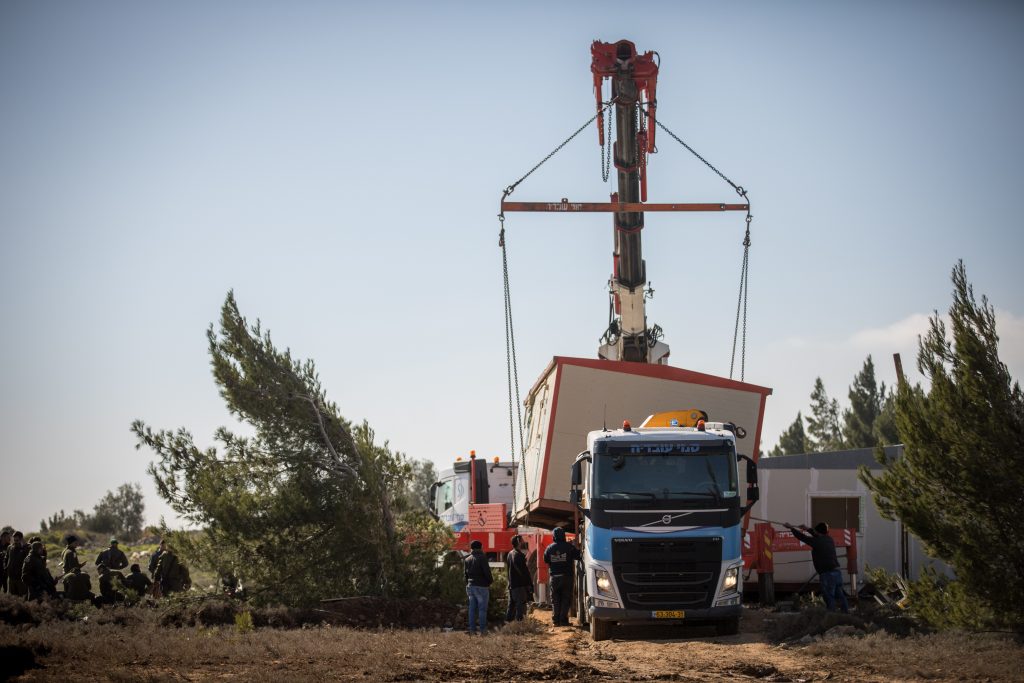 Speaking to Channel 20, residents said that removing the buildings was the direct responsibility of Prime Minister Binyamin Netanyahu, who is acting defense minister. “For the thousandth time, Netanyahu has proven that he is ‘tough,’ but only when it comes to Jews. The houses of terrorists and the illegal settlement of Khan al-Ahmar near Maale Adumim are still standing, but when it comes to evicting Jews from their homes, the Civil Administration has no problem.”

Speaking at an event in Yerushalayim, Education Minister and New Right party head Naftali Bennett commented on Netanyahu’s relationship with communities in Yehudah and Shomron, and with the right in general. Telling listeners that his party would not join a government that did not clearly state it would not allow establishment of a Palestinian state, Bennett said that Netanyahu usually said “all the right things before an election. He comes to Gush Etzion, to Eli, to Omer [in the south Chevron Hills] and tells people how much he loves them. But a minute after the elections, he changes course, like in 2009 when he brought in Ehud Barak as defense minister, in 2013 when he made Tzipi Livni justice minister, and when he tried very hard to bring Labor into his government in 2015.”

Bennett said that by strengthening his party, voters could be assured that someone was “keeping an eye” on Netanyahu. “Since Ayelet Shaked and I joined the government, we have changed the course of policy on many issues, such as taking the establishment of a Palestinian state off the agenda. Until 2014 the government here regularly released terrorists, and since then – in the government we are members of – that has not happened. That shows what a true right-wing party can accomplish,” Bennett added.