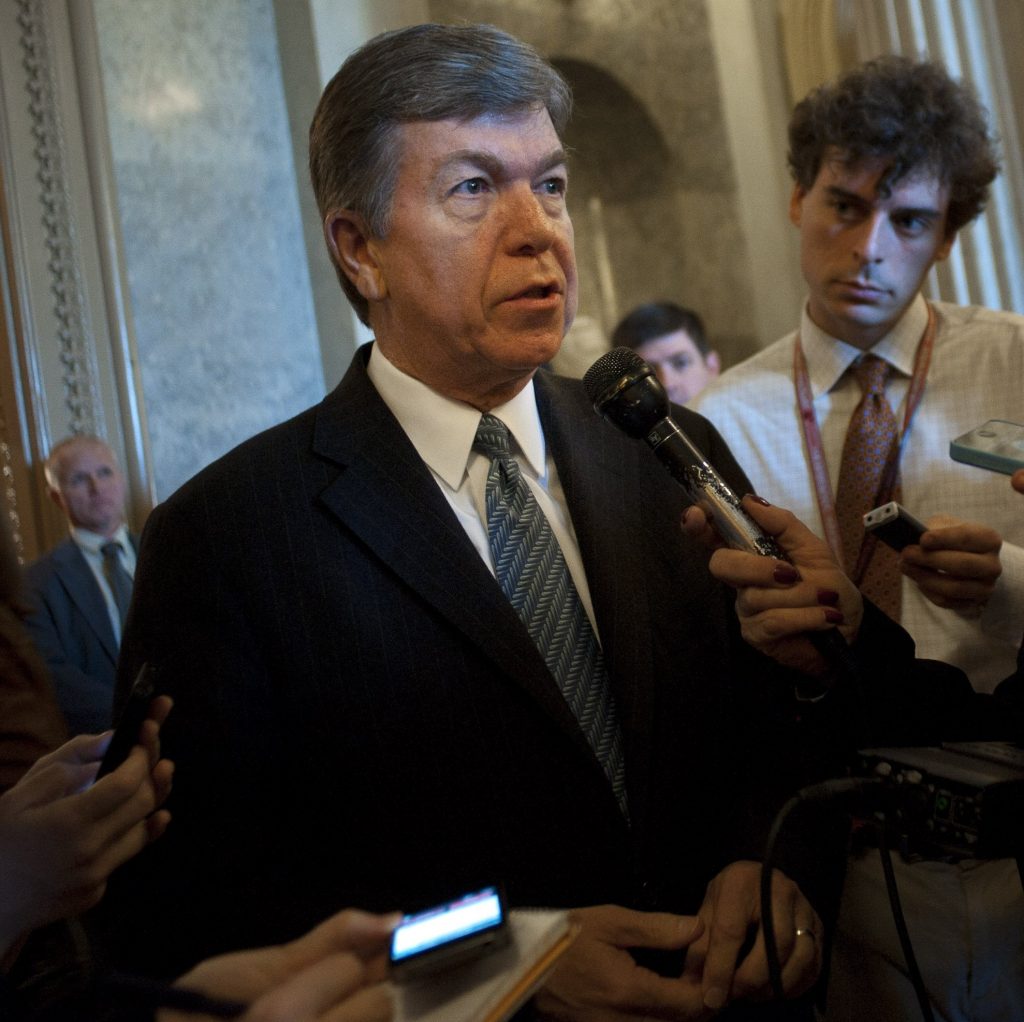 The Senate Rules and Administration Committee took a predictably partisan turn Wednesday when the panel voted along party lines to advance a resolution that would slash debate time for most presidential nominees.

Ranking member Amy Klobuchar led the opposition to the proposal, arguing that two hours for post-cloture debate was not enough, especially for lifetime appointments to the federal bench.

“In Minnesota, that’s about the amount of time it takes to make a hot dish,” Klobuchar said.

The Minnesota Democrat, who launched a 2020 presidential bid on Sunday, was at times used as the example by Republican committee members. Majority Leader Mitch McConnell of Kentucky said that a potential President Klobuchar would want to be able to staff her administration early in 2021.

“That’s really going to help me with my base,” she replied. “Thank you, Mitch.”

Chairman Roy Blunt of Missouri and Sen. James Lankford (R-Okla.) led the offering of the resolution. It would establish a standing order reducing the debate time to up to two hours after cloture has been invoked on nominees to be district judges, as well as most executive branch posts below Cabinet level.

It was reported by the committee to the full Senate, 10-9, which likely sets up a contentious floor debate where Republicans could seek to move ahead with a “nuclear option” simple majority vote.

The proposal would also allow the longer 30 hours of debate — for the Cabinet, some boards and appellate judges — to be equally divided between Democrats and Republicans. That could effectively reduce the time to approximately 15 hours.

The roster of the Rules and Administration Committee is sort of a murderer’s row of members of leader and senior appropriators, which meant Senate Minority Whip Richard J. Durbin was ready to respond to McConnell’s complaint.

“Senator, you know what the problem is, and was: it was a vacancy, a Democratic vacancy on the National Labor Relations Board,” Durbin said. “We’ve had this discussion with the president, have we not, just a few weeks ago in the Cabinet room when Sen. Schumer said he had tried to bend in your direction in the hopes that we could get the one Democratic nominee through.”

It was reported earlier this month that Mark Gaston Pearce, a former Democratic NLRB chairman, was stepping aside from consideration for another term.

“There may be an opportunity to fill that vacancy — the Democratic vacancy on the National Labor Relations Board — and I would hope that we could do it with dispatch. I think it would create some goodwill that has been missing for the first two years when it comes to the sub-Cabinet nominees,” Durbin said.

“With regard to that particular nominee, the challenge was getting enough votes to pass him,” McConnell said. “The level of comity here is way out of whack, way out of whack, the administration is going to honor that agreement, but with that particular individual Sen. Schumer experienced the same thing I did with a couple of the names that I sent to President Obama.”

The involvement of an NLRB seat in the nomination wars should be no surprise. During the Obama presidency, it was the very agency that became the subject of a Supreme Court battle over the definition of a Senate recess for the purposes of making recess appointments.

The Supreme Court held that the Senate, not the president, decides when the Senate is on recess.