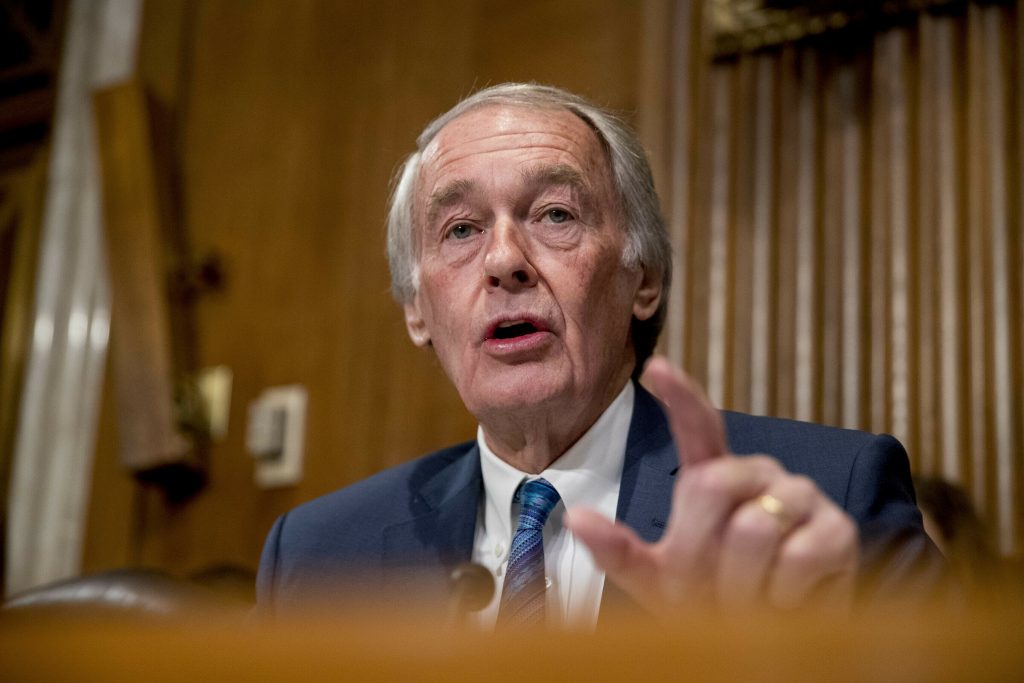 It’s one thing for a back-bencher such as Rep. Alexandria Ocasio-Cortez, D-N.Y., to roll out a pie-in-the sky Green New Deal with no explanation of its cost, feasibility or consequences; it is quite another for candidates running for president to sign on to something about which they cannot possibly answer basic questions.

Senate Majority Leader Mitch McConnell, R-Ky., is now planning to take a vote on the resolution, trying to force Democrats who are running for president to choose between voting for an extreme measure or extremely annoying the progressive base. (Chances are, they will vote “present.”)

Instead of asking whether candidates have signed on to the GND or merely watching how Senate Democrats vote, maybe the press should start pressing Democratic candidates to answer questions about it. Here are some basics:

– How much does it cost? How do you calculate the cost?

– What impact will it have on existing industries and jobs, and how do you propose to address those effects?

– What technology must exist for the GND to come to fruition?

– Given the length of construction projects, even if we started building, say, light rail all over the country, when would it be done?

– Which technical experts and scientists have you consulted to determine which of the items on the wish list are attainable?

– How do we go about “upgrading all existing buildings in the United States and building new buildings to achieve maximal energy efficiency, water efficiency, safety, affordability, comfort, and durability, including through electrification”? (Emphasis added)

– What is the plan for “guaranteeing a job with a family-sustaining wage, adequate family and medical leave, paid vacations, and retirement security to all people of the United States” in 10 years?

You get the idea. If Democratic candidates are going to take the GND deal seriously, they should face serious questions. We don’t know how they’d answer questions, but they cannot honestly come up with specifics to explain a fantastical program of undetermined scope and cost.

Trump says the Green New Deal would take away our cars, airplane rides, etc. He doesn’t know that, but it’s a lot harder to make him seem like the extremist when your plan is unattainable and, frankly, silly.

Democratic primary voters should think about candidates who sign on to something this extreme and undefined without thinking through the ramifications. (Some of these candidates are lawyers and should know better than to affix their name to a blank check.)

“There are going to be all kinds of specific legislation on all kinds of issues coming out of a very energized, new group of members of Congress,” Brown told reporters Tuesday at a breakfast hosted by The Christian Science Monitor. “That will continue for the next year. There will be all kinds of bills sponsored by individual presidential candidates. … I’m not going to take position on every bill that’s coming out. I support a green new deal. I think we need to aggressively support climate change [legislation]. That’s my answer.” . . .

Now there’s someone who demonstrates common sense and refuses to join the irrational stampede. Brown may favor much more expensive and invasive measures than I’d like, but at least he is exercising judgment. He’s thinking through the pitfalls of identifying with something that is going to scare off more voters than it attracts. He understands problems aren’t fixed by making a wish list.

Brown’s considered approach should be expected from any serious presidential contender. Our current president doesn’t think through details or explain difficult trade-offs. We shouldn’t elect a new president afflicted with the same problem, even if we approve of their policy ambitions.