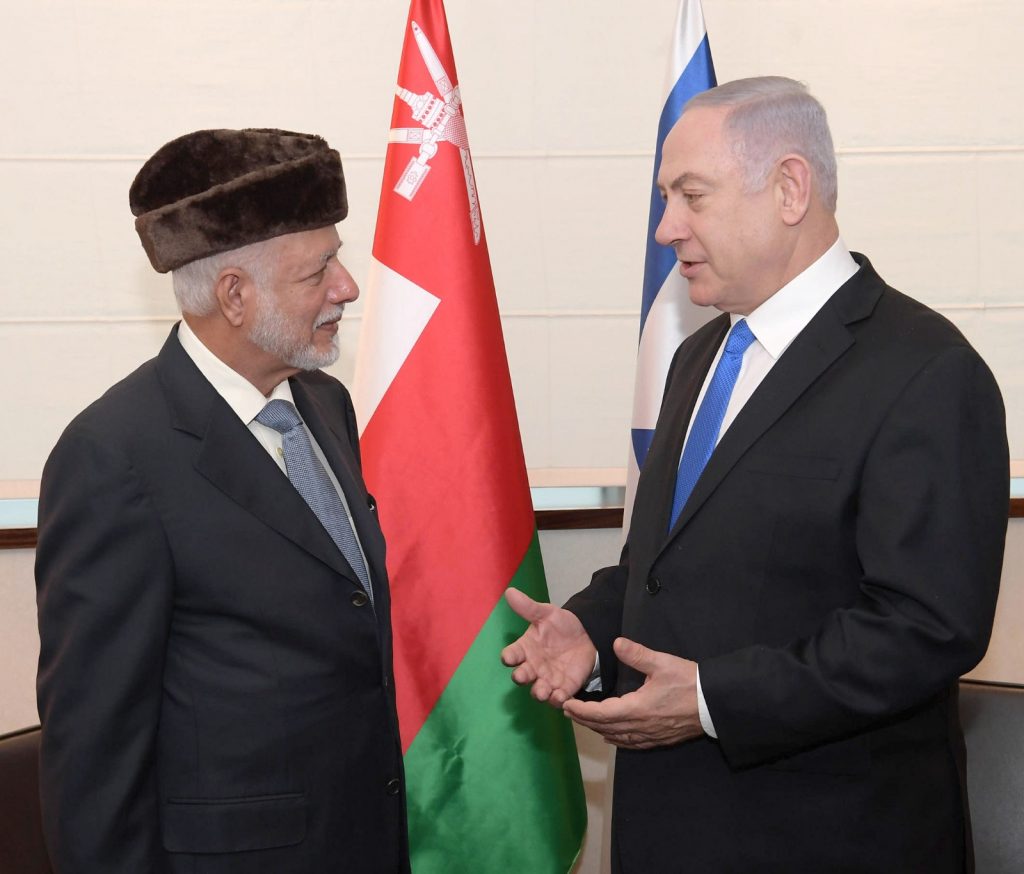 Prime Minister Binyamin Netanyahu met Oman’s foreign minister on the sidelines of a U.S.-sponsored Middle East conference in Warsaw on Wednesday and hinted that other Arab countries represented there were engaging with Israel.

“Many are following in your footsteps, including among those here today at the conference,” a statement released by Netanyahu’s office quoted him telling Yousuf bin Alawi bin Abdullah, whose Gulf state hosted the Israeli leader in October.