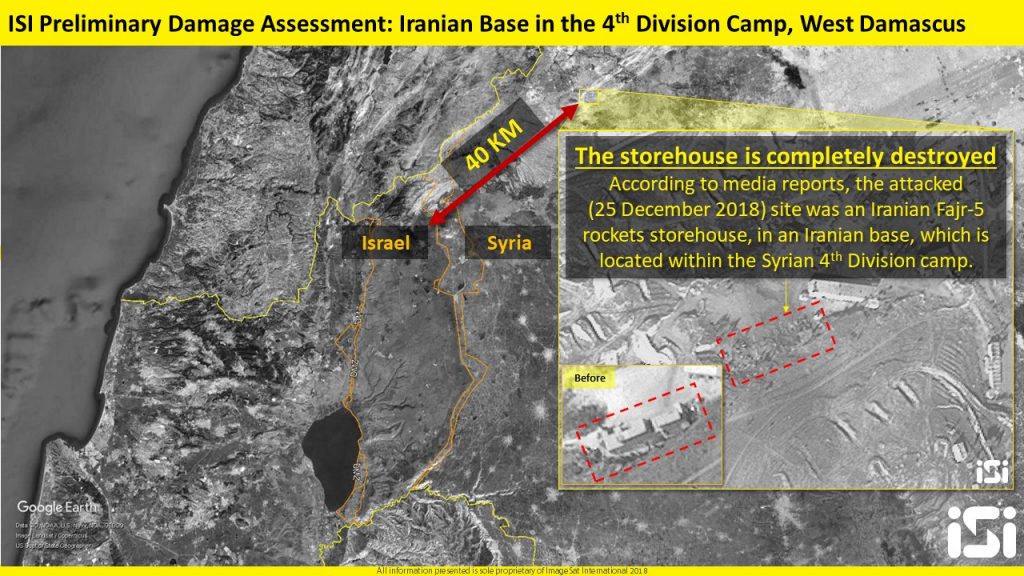 Israel’s new policy of taking credit for attacks on Iranian targets in Syria – as opposed to the previous policy of refusing to comment or take responsibility for the attacks –  was unlikely to go unanswered by Tehran, former Defense Minister Avigdor Liberman said Wednesday. Responding to comments made earlier by Prime Minister Binyamin Netanyahu, Liberman told Reshet Bet that Israelis could expect Iranian responses if the policy continues.

“This sudden change from silence about Israeli activity to bragging about it brings us much closer – in a giant leap – to a direct confrontation between Israel and the forces on its northern border,” Liberman said. “In the next instance of an Israeli attack on Syria we can expect a significant response against Israeli cities.”

Liberman did not specify what that response could constitute, but analysts on Reshet Bet said that it would likely include missile attacks against Israeli cities by Hezbollah, or even by Iran itself. Yediot Acharonot on Wednesday quoted Iran’s Supreme Leader Ali Khameini as saying that “today the battle is for an Iranian presence on the Israeli border,” and that Iran was succeeding in that battle, deploying forces on the Golan. “Our struggle includes helping the Palestinians in the field on occupied lands, and defending Hezbollah and the resistance,” he said.

Earlier, Netanyahu said that Israel was behind a reported attack this week against Iranian forces in Syria. Syria’s SANA news reported that the IDF on Monday shelled several targets in the Quneitra area, adjacent to its border in the Israeli Golan Heights. The report said that the Israeli shelling targeted a destroyed hospital in Quneitra with a number of tank shells, as well as an observation center in Jabata al-Khashab, the TPS news service reported. Commenting on the incident, Netanyahu was quoted as saying that Israel operates “every day, including yesterday, against Iran and against its attempts to establish itself in the region.”

The Israeli policy of admitting to attacks in Syria is relatively new. In December, an Israeli official confirmed that the IDF was the party that carried out an attack outside Damascus, which targeted several warehouses where Iranian weapons and supplies were stored. Images released by European security satellite and published by ImageSat showed that the attack had taken place at an Iranian Base in the 4th Division Camp, West Damascus. The company said that the structure was a rocket storehouse, where Iranian Fajr-5 rockets were being kept. As many as a dozen Iranian military personnel were said to have been killed in the attack.